According to police a thief tried to rob a convenience store in Darmouth Thursday night using a hammer, but he was stopped by a 59-year-old employee.

Store clerk grabbed a broken table leg to defend himself 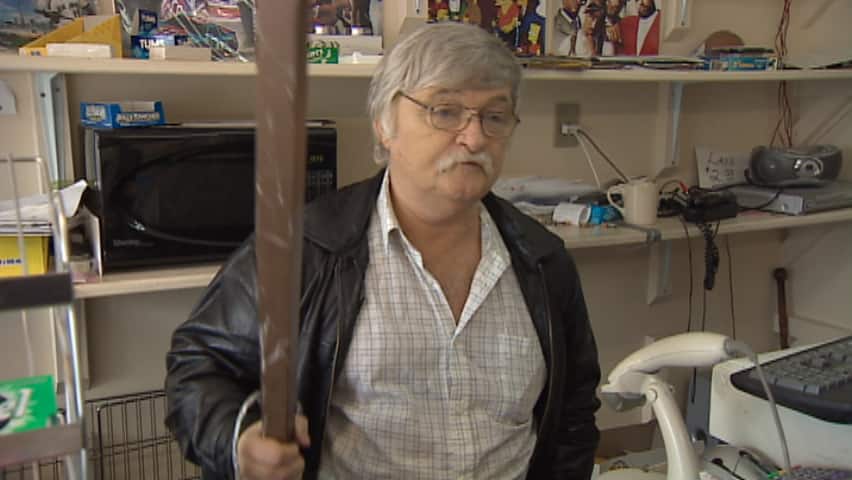 A thief tried to rob a convenience store in Dartmouth Thursday night using a hammer, but he was stopped by a 59-year-old employee, said police.

Rhodenizer told the suspect to take his till but the young man kept swinging at him with the hammer. He fought back, reaching for a weapon — he grabbed a table leg with a screw sticking out.

"I reached down here like so and I come up with this [table leg] and I started throwing it back at him," said Rhodenizer, "And he moved out of the way, and he started coming around to this side and he's still wielding the hammer."

He said both he and the robber each got a few swings in. The two continued to fight, moving behind the counter until Rhodenizer was able to wedge his attacker's hammer under his arm.

The suspect managed to work the hammer loose from Rhodenizer and then took off, leaving empty handed.

Rhodenizer was treated for minor injuries and released at the scene.

Police are still looking for the suspect.