Halifax Water may welcome help from local residents willing to dig out fire hydrants, but don’t expect the utility to actually tell anyone the location of those snow-buried water outlets. 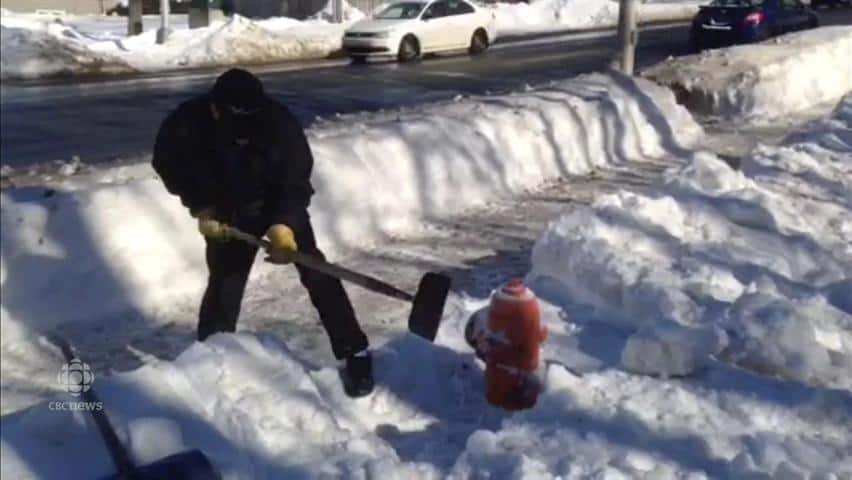 Halifax Water may welcome help from local residents willing to dig out fire hydrants, but don’t expect the utility to actually tell anyone the location of those snow-buried water outlets.

Hydrants are clearly visible when not covered by snow, but Halifax Water says it’s “critical infrastructure” and is refusing to make public a map showing locations, citing security concerns.

It’s the same response that real estate Bill McMullin got two years ago when he asked for the same information, one that still perplexes him today.

“I can’t for the life of me figure out on what basis they could suppress the information, or not want to provide it to the public,” McMullin says.

“It would be very useful if they were trying to speed the uncovering of these things and make them accessible, if they were conveniently available on a map.”

McMullin says he asked for the information so he could add it to his real estate website ViewPoint. He thought the location of fire hydrants would helpful for homebuyers and could speed insurance applications.

Other cities do make hydrant information public, including Brampton, Boston and Washington.

But Halifax Water has dug in its heels, even as it won’t say what kind of security issues might be at play.

“We’re not going to give people ideas of how you can potentially sabotage the systems,” James Campbell says.

There are more than 8,100 hydrants in the Halifax region. Campbell says people are free to use Google Maps to learn all their locations, but the utility won’t help in that effort.

“If people want to go around and locate those hydrants, that’s fine," he says. "We’re not going to identify for anybody where any of our critical infrastructure is.”

Halifax residents brandished shovels and ice chippers this week to free up fire hydrants. But the fire department's deputy chief has caused a bit of a stir with the union when he said Tuesday that buried hydrants and narrowed streets are not a safety risk.

That claim is wrong, says Jim Gates, president of Halifax Professional Firefighters Association, who is unhappy with remarks by the Deputy Chief Roy Hollett.

Gates says if cars are parked on the street further than three metres from the curb they risk impeding fire trucks.

He also says in a statement that “we greatly depend” on hydrants for added water, as trucks carry a limited amount. Covered hydrants could harm efforts to put out the fire, he said.

Halifax Water rented extra equipment and hired more crews to dig out hydrants across the city, and even welcomed residents to pitch in on the effort.

On Tuesday, Hollett said help is appreciated, however: "There isn't a safety issue with the hydrants that are under the snow. They are still accessible and we can get to one if we need one. And if one particular hydrant is not accessible, we can move to another one."