An RCMP officer from the Halifax area is in hospital after a car struck him on a road between Bedford and Lower Sackville Saturday morning. 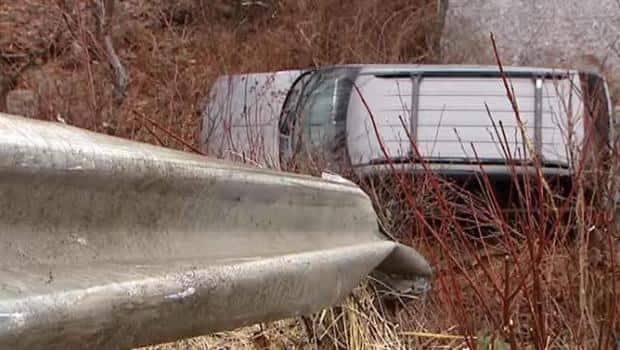 8 years agoVideo
0:39
An RCMP officer was car struck by a car near Bedford Saturday morning. 0:39

An RCMP officer from the Halifax area is in hospital after a car struck him on the Bedford By-Pass Highway 101 at Rocky Lake Road Saturday morning.

Police said the officer was standing outside of his car investigating a car crash on a slippery road when he was hit by another vehicle. The officer was sent over the embankment.

RCMP said the officer was sent to the Queen Elizabeth II hospital in Halifax with serious, but non-life threatening, injuries.

Sgt. Anthony Pompeo said traffic analysts are examining the scene and it's too soon to consider charges against the driver.

"Every indication we have is that the road conditions had black ice," said Pompeo.

A fellow officer said the injured man will be in hospital a while.

The councillor for the area said the road was likely not salted at the time.

Tim Outhit said he started receiving messages early this morning that there was black ice on the Bedford By-Pass.

He said that stretch of road has been prone to black ice in the past, and there were a number of problems with it last year.

"We had a bit of this problem last year as well, where the province actually looks after the Bedford By-Pass and Magazine Hill. HRM talked with them and I spoke with the former minister Estabrooks asking if they could get the salt out a little quicker, because we need to keep that main artery open, first of all, and secondly we need to be able to get our HRM vehicles up that hill and into Bedford and Sackville and other communities to do our salting," he said.

Outhit said he suspects the crash this morning happened so early, provincial trucks were not out yet.