A Halifax man has been found not guilty of a brazen daylight shooting inside a Fairview barbershop last spring. 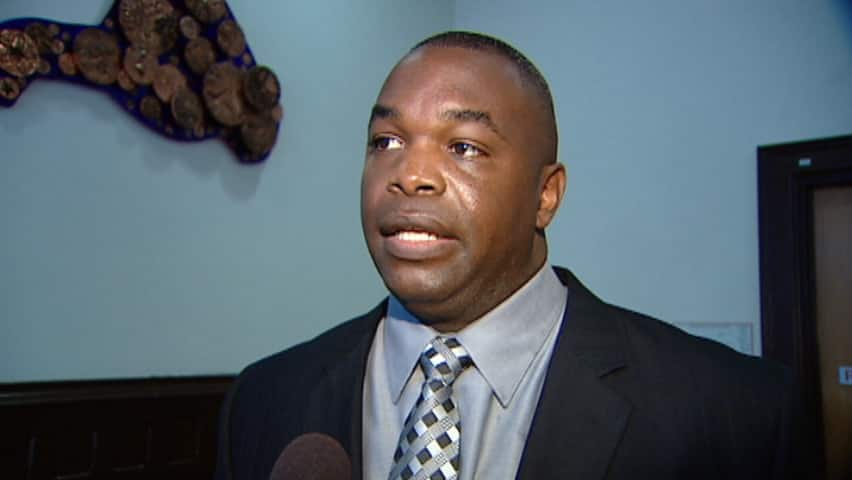 8 years agoVideo
2:51
Maurice Sneddon, the victim of an April shooting, reacts to the acquittal of Decoda Devon White. 2:51

A Halifax man has been found not guilty of a brazen daylight shooting inside a Fairview barbershop last spring.

A beaming Decoda Levon White shouted, "I'm free, I feel real good," as he emerged from the provincial court on Wednesday, reported the CBC's Blair Rhodes.

Digby said White was probably guilty of shooting two men that day, but that's not the same as guilty beyond a reasonable doubt, the standard required for a conviction.

One of the men who was shot, Maurice Sneddon, said he isn't surprised by the ruling.

"I'm not angry, I'm not holding any ill feelings towards him," he said. "The judge, I think, explained it very clearly."

The other shooting victim took a bullet to his hand, but wouldn't co-operate with police. He also refused to testify. Sneddon said it was important for him to take the stand.

"I was trying to send a message to the community that we need to stand up and provide information about crimes, and I was hoping this was going to be an example if we all worked together, which we didn't work together, there was only two of 16 people, we might have gotten a guilty verdict."

Sneddon agreed there was reasonable doubt in the case. Sneddon himself couldn't identify the shooter.

"I still want to say to the public, when there is a crime, please come forward and provide information to the police so they can do the job."