Some Haligonians who dumpster dive for food say they want the government to regulate and decrease the amount of fresh food being thrown out. 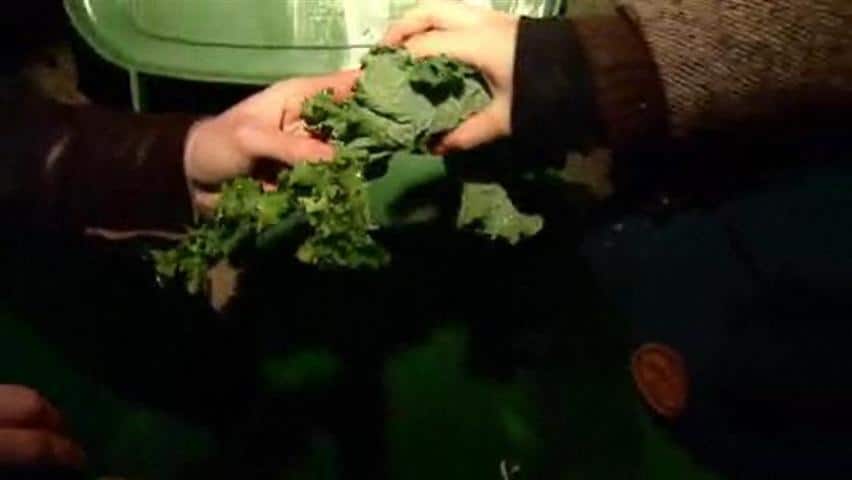 Some Haligonians who dumpster dive for food say they want the government to regulate and decrease the amount of fresh food being thrown out.

John Wimberly, who calls himself a food waste advocate, said much of the food that ends up in garbage bins should never have been thrown out in the first place. He said dumpster diving is a direct protest against food waste.

"You can actually take it into your own hands and say, 'I am not going to let that be wasted,'" said Wimberly.

Wimberly wants municipal and provincial government to create regulations that divert food from dumpsters and into the hands of those who need them.

"I have gone with concerned citizens and looked at the waste within our city at the supermarkets and it's quite shocking," he said.

"On any given day if you look at say a dumpster from a Superstore, for instance, large supermarkets, you'll find a mountain of fresh broccoli, peppers, potatoes, really anything that's in the store in the way of produce."

Stephen Bradley also forages in garbage bins for food. He has worked in grocery stores and knows there's produce that's good enough to eat but stores can't sell because of their policies.

"More than half of what I make goes towards rent and bills for electricity and heat or my phone bill," he said.

"Between taking time to prepare food and going to buy food, this saves me money. I'd rather be eating fresh vegetables than a frozen microwave Michelina's dinner."

Meanwhile, Halifax Regional Police say people who are caught dumpster diving can be charged with trespassing or theft.

"It's free food, you have to understand that," said Kaitlin Moore, another dumpster diver.

"I don't feel disappointed if I don't find anything."