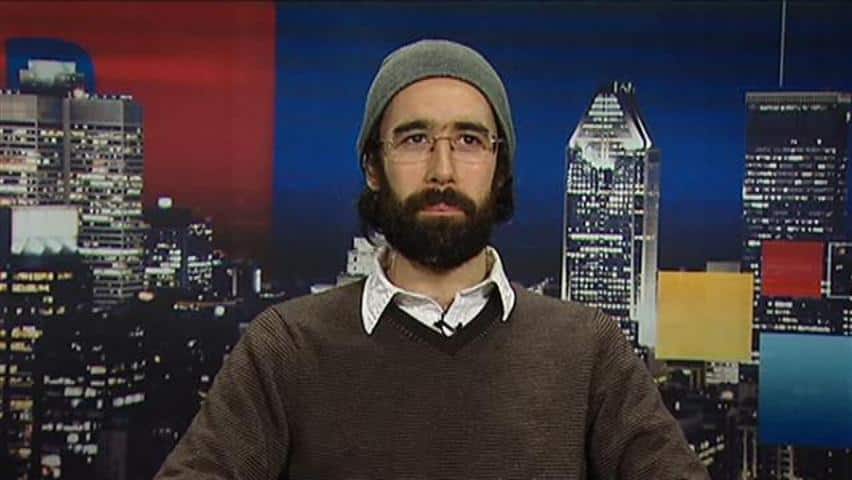 8 years agoVideo
1:30
Ariel Nasr produced the live action short film Buzkashi Boys, based on Afghanistan's national sport. He said he's thrilled with the nomination and what it could mean for arts in the country. 1:30

He said he's thrilled with the nomination and what it could mean for arts in Afghanistan.

The story follows the story of two boys, one of whom wants to become a professional Buzkashi player. Nasr describes the short film as a coming of age story.

"One of them is the son of a blacksmith, the other is an orphan who lives on the street," he said, "And the two of them have a very close bond because they share a dream of playing the national sport of buzkashi."

It's the national sport of Afghanistan and is similar to polo. Both polo and buzkashi are played on horseback, though instead of trying to score using a ball, buzkashi players attempt to score with a headless goat carcass.

"So horsemen fight over a goat carcass, take it around a flag and then drop it in a circle — the champion circle — and that's how you score a point," Nasr said.

Although he currently lives in Montreal, Nasr said he's a Maritimer.

"I'm definitely a Haligonian. It's where my heart is, it's definitely my home," he said.

Nasr was born in Halifax and lived there until he was nine years old, when his parents moved west looking for work.

He returned to the east coast for school, attending the University of King's College and working for the National Film Board before moving to Afghanistan.

Nasr said he had an "epiphany" about his career while standing at the Angus L. MacDonald Bridge with a friend, watching the sun come up.

"We should make films," Nasr said to his friend.

He said the short will be screened at select venues and that it should be available online soon.

Buzkashi Boys is among 11 live action short films in the running for Oscar gold.