Nova Scotia's police watchdog says two RCMP officers opened fire at a Lower Onslow, N.S., fire hall while a gunman was rampaging through the province Sunday — but the suspect was not in the area at the time.

'At this point we don't know what they were shooting at,' says SIRT interim director

Nova Scotia's police watchdog says two RCMP officers opened fire at a Lower Onslow, N.S., fire hall while a gunman was rampaging through the province Sunday — but the suspect was not in the area at the time.

Pat Curran, the interim director of the Serious Incident Response Team (SIRT), said Wednesday it was unclear what the officers were firing at after they pulled up outside the Onslow Belmont Fire Hall around 10:30 a.m. AT.

"At this point we don't know what they were shooting at," he said in an email.

He said the lead SIRT investigator on the file has been interviewing witnesses and collecting exhibits with the help of Halifax Regional Police. No one was injured at the fire hall.

The shooting rampage began Saturday night in the nearby community of Portapique. By Sunday, the gunman was moving through other communities, including West Wentworth and Debert. In all, at least 22 victims were killed.

At one point the suspect even dressed as an RCMP officer and drove a mock-up police car.

The Onslow Belmont Fire Hall was being used at the time by the Emergency Management Office as a registration area for evacuees from the Portapique Beach area who had fled their community just hours earlier.

Joy McCabe, who lives next to the fire hall, said she looked out Sunday to see a police car pull up and two men dressed like police officers get out. They whipped out their guns and started firing in the direction of the building.

"I ducked down and I yelled at my husband to get down," said McCabe. "I am still scared."

She said she heard six shots. When she looked up again she saw a man crouched down between two cars. Soon after the shots rang out, the men in RCMP uniforms and the man between the cars left. It's unclear where they went.

Curran said Gabriel Wortman, the gunman who police say killed 22 people, was not in the area at the time the fire hall was shot up. Wortman was later killed by police in Enfield, north of Halifax.

A news release from the Onslow fire department said the gunfire caused considerable damage to their property and even took one of their trucks out of service.

There were RCMP officers on the property at the time along with several other people, said the department.

The fire hall's video surveillance did not show who fired, but did show two people resembling RCMP officers enter the property, according to the news release. No one inside the hall spoke with them, nor did the men identify themselves as RCMP, said the news release. 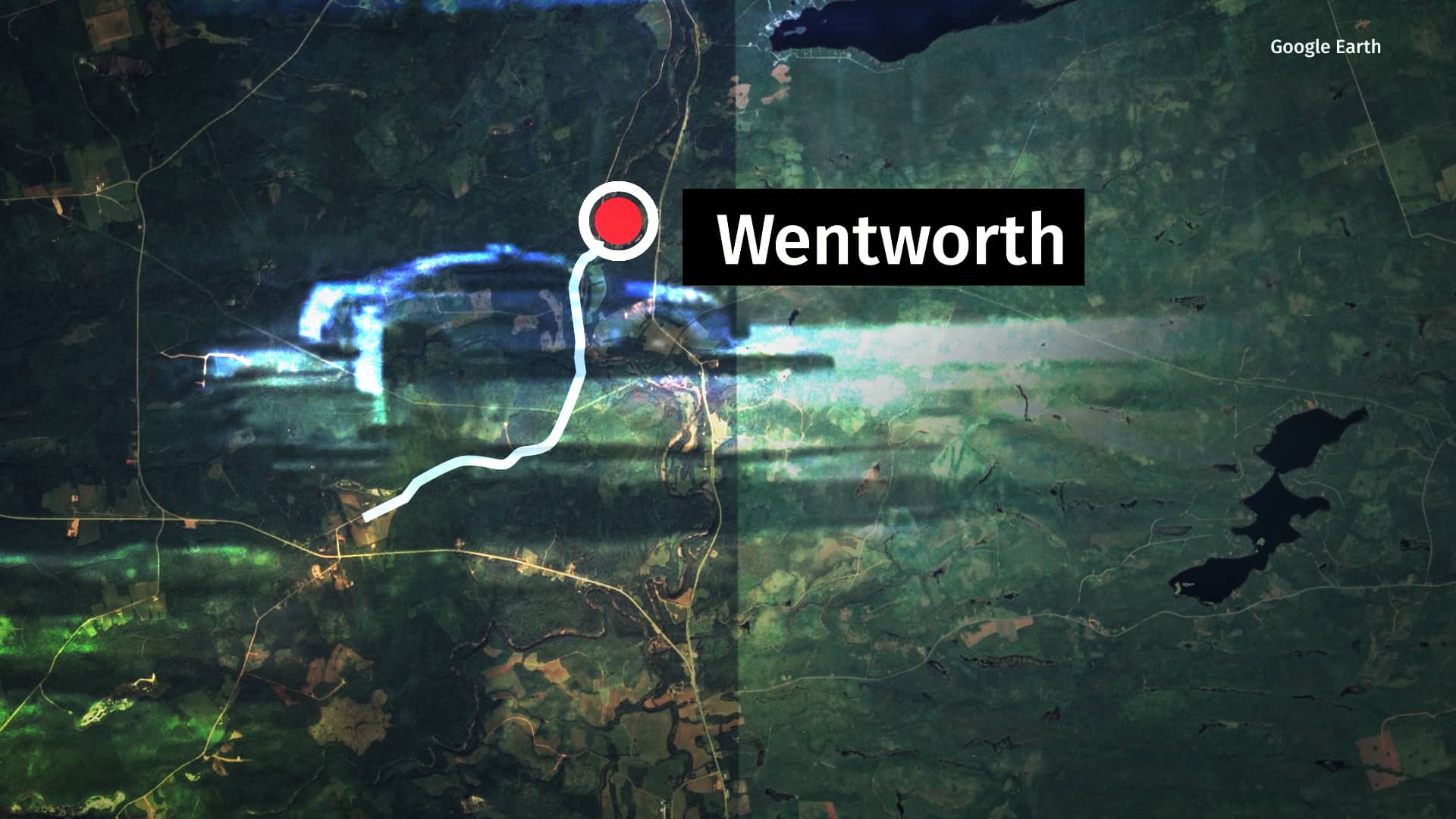 9 months agoVideo
7:21
Based on RCMP reports, audio recordings and interviews, this is what we know about what happened during a gunman's rampage that left 22 victims dead. 7:21

No one from the fire department would do an interview with CBC News to clarify what happened.

RCMP said Tuesday they would not provide any details about the incident as it was now under SIRT investigation.

"I would like to know who was that person ducked down there, why were the police firing at the building, like why did they pull in and just start shooting right away? There's just a whole lot of unanswered questions," said McCabe.

"I think if I had a few answers it would help me work through this." 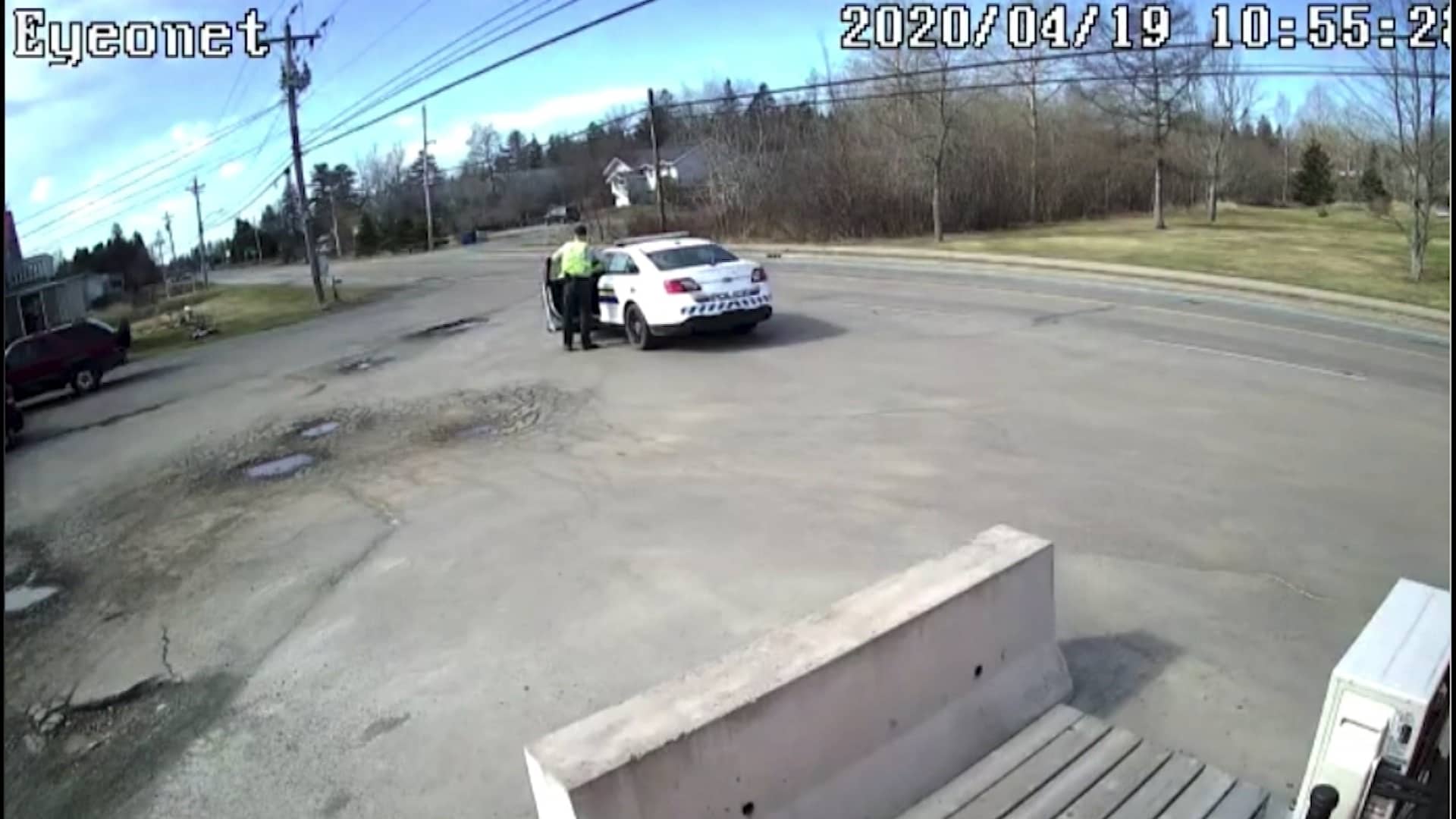 With files from Paul Palmeter and Radio-Canada