Chaze Lamar Thompson has been found guilty of first-degree murder in the 2009 shooting death of Dartmouth taxi driver Sergei Kostin. 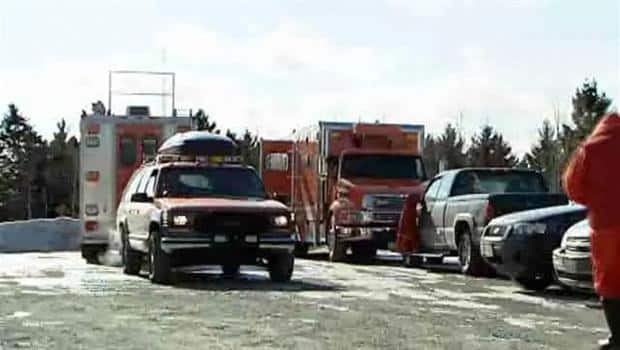 8 years agoVideo
2:46
Chaze Lamar Thompson has been convicted of first-degree murder in the death of Sergei Kostin. 2:46

Chaze Lamar Thompson has been found guilty of first-degree murder in the 2009 shooting death of Dartmouth taxi driver Sergei Kostin.

The conviction for Thompson, 22, carries an automatic life sentence before he can apply for parole in 25 years.

Thompson showed no emotion as the seven men and five women of the jury delivered their verdict just after 3 p.m. AT on Thursday at Nova Scotia Supreme Court in Halifax.

His mother buried her face in her arm and was audibly sobbing from the back of the courtroom. She later broke down at the entrance to the courtroom and cried, "No. No. No, give me my baby."

"I was relieved. I can't say I'm happy," she told reporters outside the courtroom.

"But it's good to know that the jury made the right decision and that he's going to be off the streets with his smug little face and we won't have to see him for a while."

Kostin, a long-time Bob's Taxi driver who moved to Canada from Ukraine, disappeared on the afternoon of Jan. 17, 2009 after picking up two young black men at Gaston Road Variety in Dartmouth.

"You're supposed to come for a better life in Canada," said Holden.

"You're not supposed to come and work as hard as you can and then get killed by some punk."

"Perhaps you can answer me one question," McDougall said to Thompson during the formal sentencing.

"Why? Was it to avoid paying a $25 cab fare? Was it to rob a cabbie of a few dollars he might have in his pocket? Was it to impress your cousin? Was it because you just wanted the thrill?"

When Thompson was given the opportunity to address the court, he maintained his innocence.

He said he had been "wrongfully accused, wrongfully convicted" and saluted his mother as "a true black Nubian queen."

"I think those comments are highly indicative of his character and I think that's what Justice McDougall was referring to in his sentencing comments," said Crown attorney Rick Hartlen.

"As Justice McDougall referenced, there's little indication of a real explanation as to why it occurred. Many of us can opine on the reasons that were going through Mr. Thompson's mind as he formulated this plan and carried it out. But that's between him and a higher power at this point."

Kostin shot in the back of the head

During the trial — which started Sept. 10 — the Crown called the only witnesses.

They argued not only did Thompson plan to kill Kostin, he then attempted to cover his tracks by cleaning the sawed-off rifle he used to shoot Kostin in the head, as well as burn the blood-stained clothes and set fire to Kostin's cab.

But the defence said the Crown had placed the weight of the entire case on the testimony of Wayne McAvoy, a cousin of Thompson's, who was given immunity from prosecution.

McAvoy told the court that on that day in January 2009, the pair got into Kostin's cab in Dartmouth headed for Cherry Brook. McAvoy was in front, Thompson in the back.

McAvoy told the court that when Kostin told them the fare, he could hear clicking from the back seat where Thompson was sitting. Then he heard a gun shot.

He described Kostin slumped forward, a bullet wound in the back of his head.

Kostin's burned out vehicle was found a few days later in woods in North Preston and his body was discovered that spring near Upper Governor Street in the same community.

Kostin had no family in the Halifax area — his wife and other relatives live in his native Ukraine.

Thompson was charged in January 2010, almost a year after Kostin was first reported missing.

In all, the Crown called 20 witnesses while the defence offered no evidence during the trial.