Group pushes for ban on chaining dogs in Nova Scotia

There are renewed calls for a ban that would prohibit owners from tethering their dogs to poles for long periods of time in Nova Scotia. 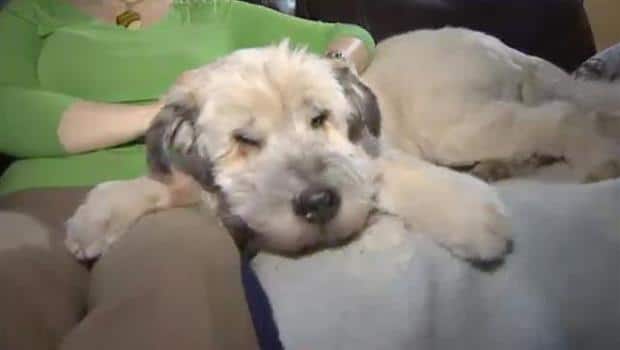 8 years agoVideo
1:59
There are renewed calls for a ban that would prohibit owners from chaining up their dog. 1:59

There are renewed calls for a ban that would prohibit owners from tethering their dogs to poles for long periods of time in Nova Scotia.

An increasing number of people and organizations say they are concerned about dogs being chained outside all day and all night with little care or human contact.

Henry, a Wheaton Terrier cross, spent much of his life chained up outside before he was turned over to the Animal Rescue Coalition and adopted by Anita and Paul Keeping.

"We knew he had been chained up for three years. That he would get a bowl of water put out [and] not a whole lot of food," said Anita Keeping

The president of the group that rescued Henry said his case may be extreme, but it's also typical.

In 2011, the Nova Scotia SPCA said it investigated 271 complaints about chained dogs.

Annette Armitage said legislation limits what can be done for dogs like Henry. By law, Nova Scotia only requires dogs have shelter, water and food.

"They're tied out with no companionship. You look in their eyes and it is just devastating. They're heart-broken, they're depressed and they looked defeated. So his case, as in tying and being ignored by his owners and society in general except a few, he is an average case," she said.

"We need a) tougher laws and b) to enforce them and we the government and powers that be to really assess this," she said.

The Keepings agree, saying legislation is needed to prevent the kind of abuse Henry suffered.