Great white sharks may be heading into N.S. waters

A Nova Scotia shark fisherman says one of the most dreaded creature of the sea, the great white shark, appears to be moving north into Nova Scotia waters.

Scientists say shark numbers have increased in the Atlantic Ocean 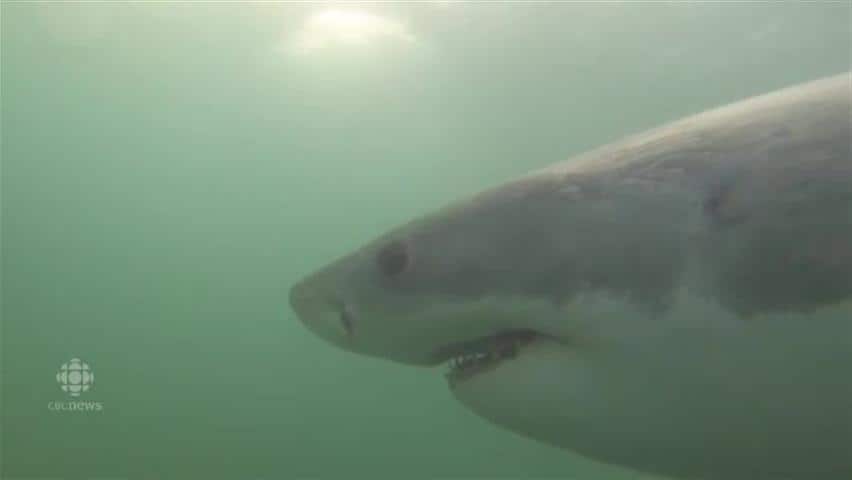 Something wicked this way swims

A Nova Scotia shark fisherman says one of the most dreaded creature of the sea, the great white shark, appears to be moving north into Nova Scotia waters.

Art Gaetan of Blue Shark Fishing Charters in Eastern Passage, N.S., captains a ship that takes people shark fishing in order to measure, tag and snap a photo with sharks.

Gaetan said he’s not sure why the great white sharks appear to be moving north but he thinks it has to do with the water temperature.

Scientists who study sharks agree their numbers have increased about 10 to 20 per cent over the last decade in the Atlantic Ocean after reaching a low point in the 80s and 90s.

But they say they still aren’t sure how many are out there.

“It’s probably in the order of  thousands,” said Steven Campana, head of the Canadian Shark Research Laboratory at the Bedford Institute of Oceanography​.

But he says in the grand scheme of things that’s nothing when compared to the 250,000 porbeagle sharks or 100 million blue sharks.

Campana said people shouldn’t be overly concerned about the sharks since humans are not a preferred piece of food for them.

Gaetan agrees but he says it seems there is always that one shark who wants to be in the movies.

According to the International Shark Attack File, between 1580 and 2013 there were 2,667 confirmed unprovoked shark attacks around the world, of which 495 were fatal.