George Borden, who spent many years promoting the history of Black Canadians in the military, has died. His nephew remembers him as a strong-willed trailblazer who worked hard to ensure the history of African Nova Scotians is told.

'He was dedicated to making sure that the next generations were going to know who we were,' says nephew

Retired captain George Borden, an air force veteran who spent many years promoting the history of Black Canadians in the military, has died.

Borden served with the Royal Canadian Air Force for more than 30 years.

His nephew, Sgt. Craig Smith, the president of the Black Cultural Society of Nova Scotia and an officer with the RCMP, said his uncle was an ever-present force in his life.

The Black Cultural Centre, a museum dedicated to African Nova Scotian history, was the brainchild of Borden's uncle, the late William Pearly Oliver. Borden later served as its executive director, and now, as current president, Smith is carrying on their legacies.

"It's been instilled in me the need to continue to tell our stories, to give a voice to a community that for a lot of years had its stories told by somebody else and wasn't being done in an authentic African Nova Scotian voice," said Smith.

"And … as I look back at the accomplishments that I've had, I think that nobody stands alone when they do these things. You're standing on the shoulders of those who came before you."

Borden dedicated much of his time to educating people about the No. 2 Construction Battalion, the first militia unit in Canada made up largely of Black personnel. It was formed during the First World War, during a time when Black soldiers were often rejected from enlisting in the military.

Speaking with CBC in 2017, Borden said he was able to have a successful career in the air force because of the No. 2 Battalion.

"Basically I represent the legacy," he said at the time.

"The fact that today, in the Canadian military, a Black person can hold any position that they're capable of holding, and in that day you couldn't even get a position to hold a rifle."

Borden knew more than a dozen of the men — including his own grandfather — who served in the battalion, and said many of them continued to face racism and discrimination when they returned to Canada.

In 2018, Borden penned an open letter to the Canadian military demanding an apology to the members and the descendants of the members of the No. 2 Construction Battalion.

"I'm sad in the fact that he won't be here when that apology finally comes," said Smith. "But I'm sure he'll be looking down, smiling."

'The trails that we blazed'

Borden was also an accomplished poet and songwriter.

His poem about the No. 2 Battalion, The Black Soldier's Lament, is read during Remembrance Day ceremonies in Preston and during other events commemorating the battalion.

"I think it's definitely become a centerpiece to honouring those men," said Smith. "And I think it's probably one of his biggest legacies that will last."

Even in his later years, when his health began to fail and he lost both his legs, Borden continued to chase creative pursuits. Not long before he died, he released a CD of gospel music he wrote and composed.

"So, somebody kind of had his fingers in a whole lot of pots, was very dedicated to wanting to make sure that the story and the history of Black Nova Scotians was recorded," Smith said.

"Strong-willed fella. He was very strong-minded — he had a way and an idea of which he wanted to do something. Sometimes it was real hard trying to convince him otherwise.

"But he was dedicated to making sure that the next generations were going to know who we were, and the trails that we blazed while we were here." 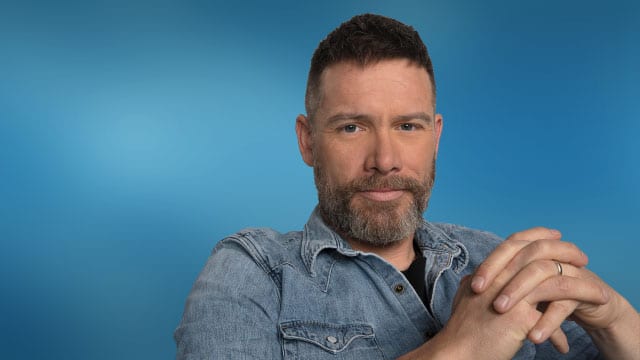 Mainstreet NS10:18'Preserve the right, repel the wrong': Remembering captain George Borden
Retired Capt. George Borden served in the Royal Canadian Air Force from 1953-1985 and went on to become a well-known poet and songwriter. Borden passed away this week at the age of 84. Host Jeff Douglas spoke with his nephew, Craig Smith, about his legacy. 10:18