Frustrations mount for N.S. fisherman on trial in Spain

A series of setbacks inclusing an adjourned trial and language barriers are adding to Philip Halliday's mounting frustrations in Spain, says his Nova Scotia lawyer. 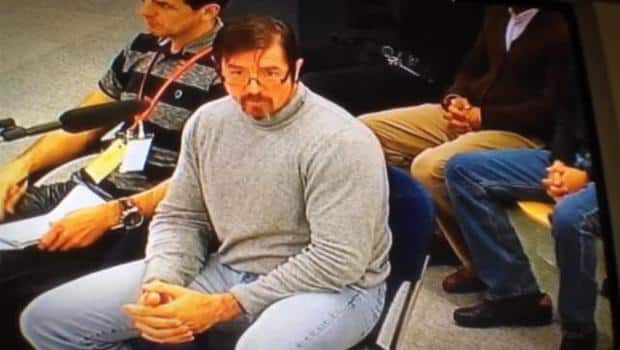 A series of setbacks, including an adjourned trial and language barriers, are adding to Philip Halliday's mounting frustrations in Spain, says his Nova Scotia lawyer.

The 55-year-old Digby man was arrested three years ago when police intercepted a former Coast Guard ship carrying 1,000 kilograms of cocaine worth $600 million. The drugs were concealed under a bolted trap door.

He said the absence of simultaneous translation from Spanish to English, other than during his cross-examination, is a concern.

"He didn't understand a word that was being said by the court, by his own council. To say it was frustrating is, I believe, an understatement," Burke said.

Halliday and eight other people are currently on trial in Madrid, where the CBC's Jennifer Henderson is covering the trial. None received translation, other than during cross-examinations.

Henderson said a panel of three Spanish judges abruptly adjourned proceedings until Dec. 3, when final arguments are expected from the prosecution and the defence lawyers representing the crewmembers of the ship, including Halliday.

After three days of trial only three hours were spent hearing from crewmembers aboard the ship. They all said they didn't know the boat was transporting drugs.

The court spent most of its time examining the activity between a Columbian and two Britons who, police allege, were the ringleaders of a sophisticated, international drug operation.

American Andrea Stuart, whose brother Reginald Stuart is also on trial, said she can't see a connection between the crewmembers and those on land.

"The parallels that I see between my brother's story and people like Philip Halliday are they have nothing to do with this story," she said.

"When the big-time British guys come on the stand, you listen to their testimony and the questions that come out and it has nothing to do with them. It reconfirms the feelings we’ve had for several years. What are they doing here?"

Closing arguments will be made in Madrid and a verdict is expected before the end of the year.

If convicted, Halliday could spend the next 12 years behind bars.