Friends and coworkers of a Halifax family are raising money to ease the financial strain a cancer diagnosis has placed on them.

Community pulls together to help Matt Ryan, his wife and twin 1-year-old sons 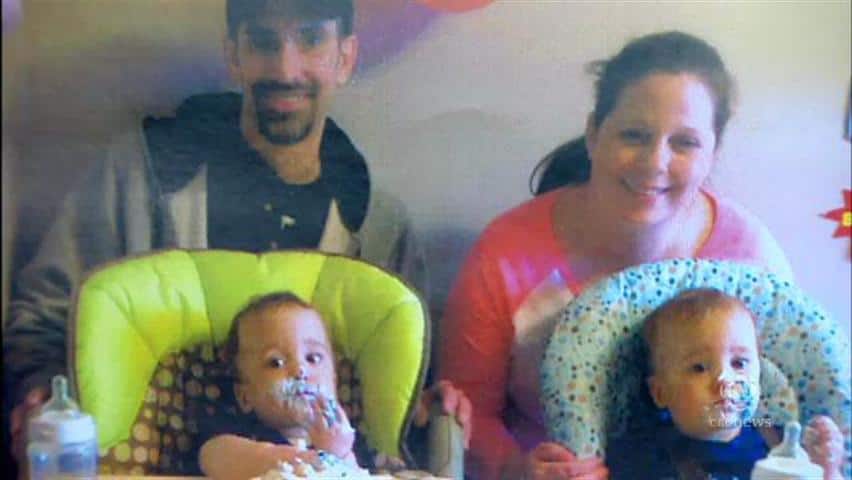 7 years ago
2:04
Friends and coworkers of a Halifax family are raising money to ease the financial strain a cancer diagnosis has placed on them. 2:04

Friends and coworkers of a Halifax family are raising money to ease the financial strain a cancer diagnosis has placed on them.

"He is the most fun-loving guy you could ever meet in your life, he would do anything for anyone," said Judy Ryan, speaking about her husband Matt.

Judy found out her husband was sick two months ago.

It started out with a sore stomach.

"They said he just either has an ulcer or inflamed stomach, but the pain kept getting worse and worse," she said.

He had to stop working, which put a huge financial strain on the family and their one-year-old twin boys.

"I don't have time to stop, and you just have to take care of your husband and your children and work and keep going," said Judy.

Judy and Matt met in 1999 while both were working at the same Swiss Chalet. They both now work at the Swiss Chalet in Bedford Place Mall. Aug. 26 will mark their seventh wedding anniversary.

Michelle Hutt has worked alongside the Ryans at Swiss Chalet for the past year.

She understands the pressure of having to work when a loved one is sick. Her daughter was in the hospital at a very young age.

Hutt said her community pulled together to help her out.

"It's really hard. Hospital life is hard. Paying for parking — you are almost running two households, one at home, one at the hospital. We understood," she said.

Hutt knew she had to help.

"We just decided we were going to put on a benefit. So we starting going out and getting donations for auction and door prizes," said Hutt.

Hutt’s efforts to help have snowballed. She’s rallied dozens of the city’s businesses to pitch in. Hundreds of items have now been donated and will be auctioned off Saturday night at Brewsters Pub on the Bedford Highway.

Matt has more bad days than good now and his wife said she couldn't be more grateful for the help.

"I didn't realize how much people's hearts were made out of gold when it comes down to it, it's so overwhelming," she said.

All the proceeds raised Saturday at Brewsters will go to the Ryan family.