The family of Phillip Boudreau, who hasn't been seen since he was allegedly shot and then run down as he sat helpless in a motor boat, recounts their brother's final moments. 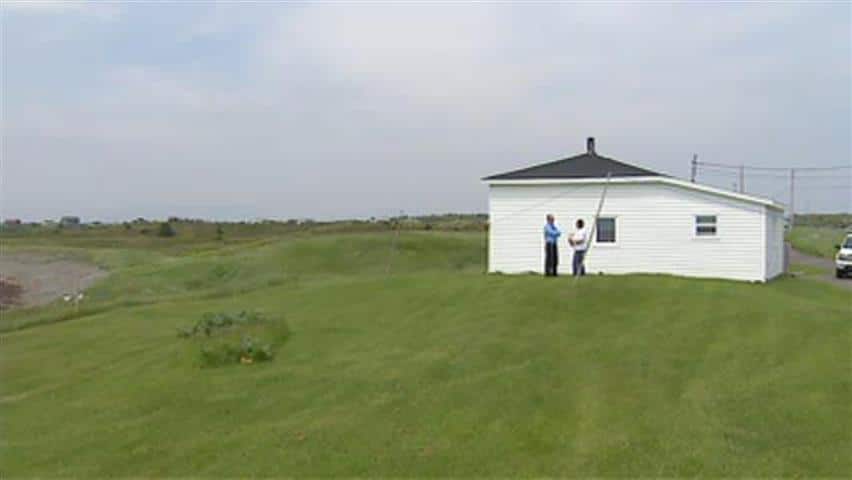 7 years agoVideo
1:54
The sister of a missing man presumed dead says it's difficult to look out on the water beyond the family home where her brother lost his life. 1:54

Margaret Rose Boudreau shakes with anger as she talks about what happened to her brother, Phillip Boudreau, just a short distance from her backyard in Petit-de-Grat.

She points to the red buoy where he was when he had the fatal encounter with a bigger boat.

CBC News has obtained documents that outline the final moments of Boudreau's life on the morning of June 1.

None of it is news to Margaret Rose because another brother — Gerard Boudreau — watched it happen and told her all about it.

Gerard Boudreau's statement to police is among the documents CBC News has obtained.

The documents are contained in the police file and have not been entered as evidence or challenged by defense lawyers. The statements may not be true but they do form the basis for the case that is now before the courts.

Gerard Boudreau told investigators he watched from his deck as the fishing boat Twin Maggies chased down Boudreau, who was in a small motor boat.

He said he heard as many as five gunshots as the bigger boat circled his younger brother in the water. He told police he knew Boudreau had been shot because he saw him fall over in the boat but the gunshots continued.

Margaret Rose said her brother is having a tough time dealing with what he saw as he stood helpless on his deck, and said her family is still too emotional to talk about Boudreau.

She said she is happy CBC News has obtained the documents and is making the story public because she wants people in Petit-de-Grat and the rest of Isle Madame to know what happened.

She said too many people are blaming her brother because he was known to cut away lobster traps and steal lobster.

The documents also contain a statement made by James Joseph Landry, one of three crewmen from the Twin Maggies charged with murder in the case.

He told police the incident came after a long standing dispute on the water over the placement of lobster traps.

According to the documents, Landry told police he shot at Boudreau with a rifle after the crew spotted him cutting gear they owned. He claimed he fired four shots and the second one hit Boudreau and he fell over in the boat.

He told investigators the Twin Maggies then ran over Boudreau and his smaller boat a couple of times. He said they never saw his body after that.

Margaret Rose Boudreau said the family is now organizing a memorial service for her brother.

She said they have been waiting and hoping his body would be found so they could give him a proper burial. She said that hope is now gone.

The three lobster fishermen charged with second-degree murder Boudreau's death will stay in custody for at least another few days.

A bail hearing for 43-year-old Dwayne Matthew Sampson has been scheduled for next week.

Craig Landry, 40, will make his next court appearance later in July. James Joseph Landry, 65, has not yet hired his own lawyer so a bail hearing has not been requested.