Halifax nurse first to get COVID-19 vaccine in Nova Scotia

A health-care worker was the first person in Nova Scotia to receive the Pfizer-BioNTech vaccine. Danielle Sheaves received the shot Wednesday. 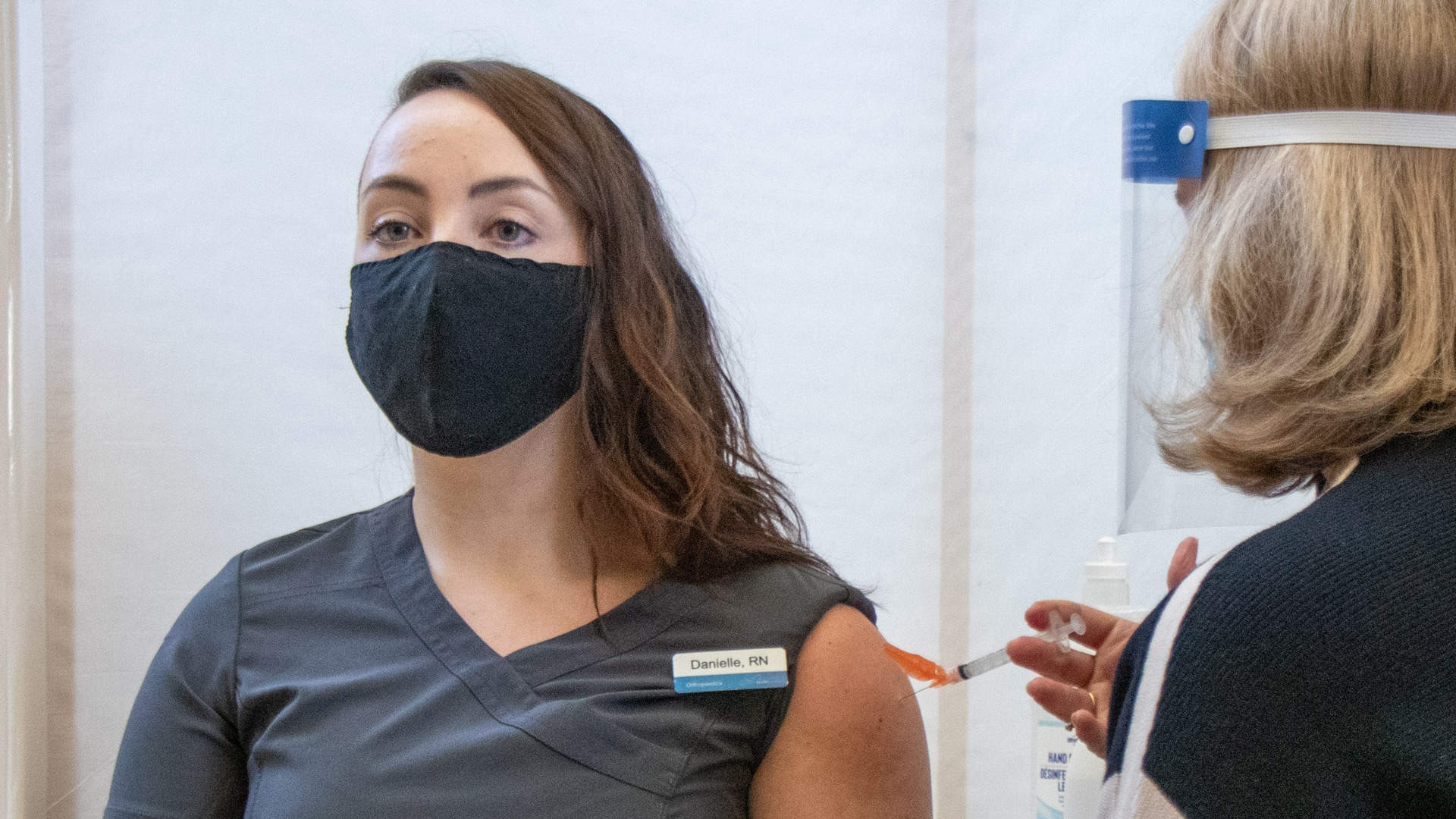 A Halifax nurse is the first person to receive the COVID-19 vaccine in Nova Scotia.

"It's a little overwhelming this morning, but feels good, and I was honoured to be asked to be the first person to get the vaccine this morning," Danielle Sheaves, a registered nurse in the designated COVID unit at the Halifax Infirmary, said Wednesday.

She said she will "definitely feel safer" going into work now.

Sheaves was the first of 390 Nova Scotia health-care workers booked to get the Pfizer-BioNTech vaccine Wednesday after the province received its first allotment of 1,950 doses on Tuesday.

The first immunization clinic is being run out of Dalhousie University in Halifax, where the vaccines are being stored in ultra-low-temperature freezers.

While the vaccine will not be mandatory in Nova Scotia, Sheaves encouraged everyone to get it when they are able to.

"This is one of the only ways that were going get back to some semblance of a normal life and will protect the public, our patients, everybody, so I think everyone should get the vaccine."

'The light at the end of the tunnel'

Gary O'Toole, the senior director of population and public health with the Nova Scotia Health Authority, said Wednesday was "a very exciting day for Nova Scotia."

"It is absolutely a historic moment for Nova Scotia, for Canada, and the world. We're very happy to be here today immunizing people," he said. "It's what we envisioned as the light at the end of the tunnel, we're very pleased to be at this point."

"We expect to receive more vaccine next week, and we will continue to book people as long as we have the number of doses we expect to get," said O'Toole.

Initially, the province intended to immunize 975 people with the first batch so there would be enough left for second doses, but Nova Scotia's Department of Health said Tuesday that the federal government will send more of the vaccine this month for the second dose. All 1,950 doses will be administered to different individuals.

With subsequent shipments, the province will hold back half of the vaccines received for the second dose.

Workers in COVID-19 units at hospitals, emergency departments, critical-care units, birth and early labour units at the IWK Health Centre, and regional care units will be immunized this month.

Staff and designated caregivers at long-term care facilities in the central health zone will also be vaccinated before the end of this year. All other staff and caregivers in the province will get the vaccine between January and March.

Residents in long-term care homes and older Nova Scotians — starting with those over 80 — will also get the vaccine in that time frame.

Because of strict handling, transportation and ultra-cold storage requirements for the vaccine, the province said the first vaccinations will be administered in Halifax, where the batch is being stored.