Everything you need to know about the sugar maple moon

The first day of spring typically heralds the beginning of warmer temperatures and budding blooms. But this year, it also marks the third and final supermoon of the year — what's known as a sugar moon or a worm moon.

3rd supermoon of the year falls on the spring equinox

The first day of spring typically heralds the beginning of warmer temperatures and budding blooms. But this year, it also marks the third and final supermoon of the year — what's known as a sugar moon or a worm moon.

In Nova Scotia, the phenomenon is known as the sugar maple moon, says Dave Lane, an astronomer in the astronomy and physics department at Saint Mary's University in Halifax.

"The Mi'kmaw people have named all the moons around the year based on what's happening in nature. And one of the moons this time of year is the sugar maple moon. That's when the sugar maple trees start to produce sap," he said.

Other areas of North America refer to this supermoon as the worm moon because, in warmer climates, this is the time of year when earthworms start coming to the surface. 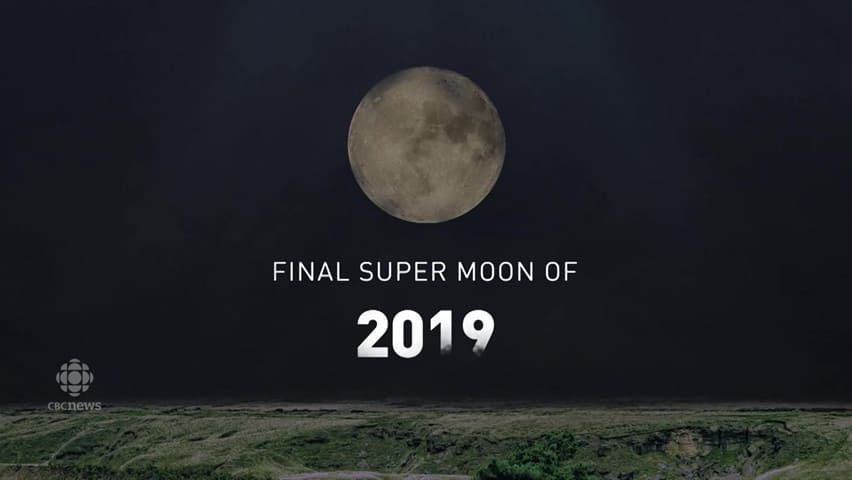 2 years ago
0:55
The super moon rises tonight, coinciding with the spring equinox. 0:55

A supermoon occurs when a full moon is at its closest point of orbit to Earth. It appears brighter and is about 15 per cent bigger than a regular full moon, said Lane.

Having one fall on the spring equinox  — when day and night are approximately equal in duration — is just a coincidence.

Lane said it happens roughly once every 19 years.

The effects of a supermoon can also be seen in our tides. Skygazers might want to consider diverting their attention to the Bay of Fundy this week.

"Imagine four or five storeys of distance between the low tide and the high tide," said Lane. "It would be quite the thing to see if you're able to travel and have a look along the coast."

Ocean tides are caused by the gravitational forces of the sun and the moon combined.

"The fact that the moon is closer than normal, which increases the force, plus we have the sun a little closer than average this time of year ... and we have everything all lined up because we're at the equinox, that's the main reason why the tides are extra high this week," he said.