A British animated film from 2000 about a hen and rooster's daring escape from a chicken farm has become an unlikely tool for promoting the Mi'kmaw language, thanks to the Johnson family in Eskasoni, N.S.

The Johnson family in Eskasoni, N.S., overdubbed the film in Mi'kmaw

A British animated film about a hen and rooster's daring escape from a chicken farm has become an unlikely tool for promoting the Mi'kmaw language in Nova Scotia and beyond.

Tom and Carol Anne Johnson from Eskasoni, N.S., along with some of their relatives, overdubbed the 2000 movie Chicken Run in Mi'kmaw about a decade ago. Since then, it's become a cult classic, and they still get requests from people who want to watch it.

"Some people are just hearing it for the first time and they're looking for copies," Carol Anne Johnson told CBC Radio's Mainstreet. "It's all over Cape Breton and the mainland and whoever wants to hear their language really appreciates it, especially if they're away from home."

The family has passed out many copies on DVD over the years, and even heard of kids watching it so many times they wore out their copies.

"Parents were coming up to us and saying, 'You know, my child is speaking Mi'kmaw ... They're watching Chicken Run all day. They're watching it on repeat and they're starting to speak Mi'kmaw,'" said Tom Johnson. Information Morning - Cape Breton8:12Eskasoni family overdubs Chicken Run in Mi'kmaw
Remember the kids movie Chicken Run? We look into a particularly Cape Breton phenomenon: Chicken Run, overdubbed in Mi'kmaw. Reporter Holly Conners spoke to Tom and Carol Anne Johnson about how their family overdubbed the blockbuster to expose young people in Eskasoni, and beyond, to the Mi'kmaq language. 8:12

Tom voices one of the main characters, a rooster named Rocky, who falls in love with Ginger the hen, voiced by Carol Anne.

Carol Anne said that people will often remark on their voices when they see the couple on the street.

Tom grew up speaking Mi'kmaw and he worries about the future of the language. He said the number of speakers in Eskasoni alone has dropped drastically since the 1980s.

Still, he said there's a lot of work being done to try to keep the oral language alive. He points to the efforts of staff at the Eskasoni Immersion School and a YouTube channel he created to share Mi'kmaw music.

"This was something that was never seen before," Tom said. "You have these animated characters speaking the language and it sparked interest amongst the younger generation."

Carol Anne said the family reached out to Dreamworks, the studio that owns the rights to the film, asking for permission several years ago, but they never heard back. She figures that's a good sign.

WATCH | A scene in Chicken Run overdubbed in Mi'kmaw: 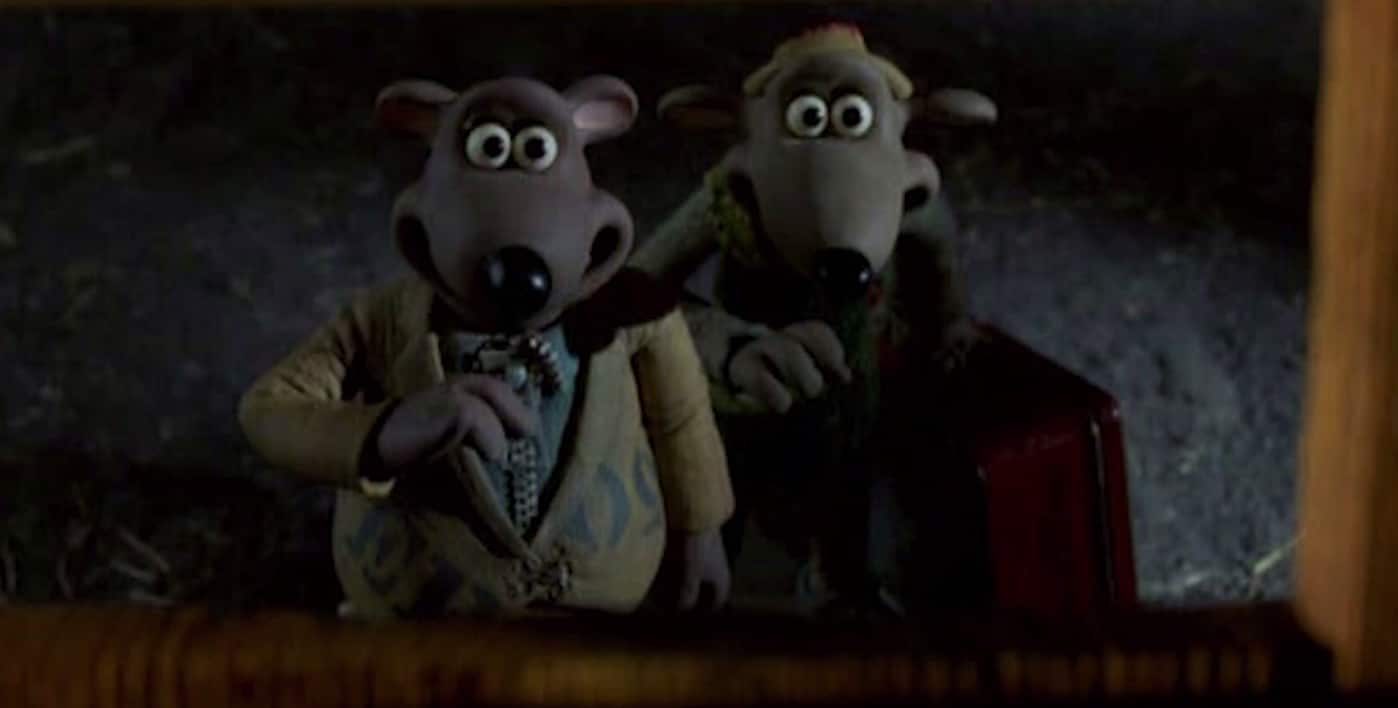 A scene from Chicken Run overdubbed in Mi'kmaw

The family's foray into voice acting began as a way to bring joy to Tom and Carol Anne's son, also named Tom, many years ago. He was about four years old when his twin sister died.

Tom Sr.'s brother decided to get the family together to overdub Gordy, a 1995 Disney movie about a pig, in Mi'kmaw.

"He wanted [his nephew] to be able to see a movie in his language, because at the age of four, for the most part, he spoke Mi'kmaw," Carol Anne said. "And he thought it was very funny to see all these animals speaking Mi'kmaw."

Tom's brother suggested the family's next project should be Chicken Run, and the idea took on a life of its own after that.

Tom and Carol Anne began spending up to eight hours every night around a microphone in their garage, which was also a recording studio. The entire project took about six weeks.

"Once we started, we couldn't stop," said Carol Anne. "We even asked some of our children to come in, make some cameos. We had my niece in there as well."

It was tedious and time-consuming work to match up the syllables in Mi'kmaw with the movement of the characters' mouths, but Tom said it was fun, too.

"We got a big kick out of seeing cartoons speaking Mi'kmaw, and we couldn't stop laughing," he said. "We said, 'Wow, this would be fun for our people.'"

We got a big kick out of seeing cartoons speaking Mi'kmaw, and we couldn't stop laughing.- Tom Johnson, Eskasoni

In the end, their overdubbed version is not a literal translation, but tries to capture the essence of what the characters said while also throwing in humour and references that Mi'kmaw speakers would enjoy.

In a couple of scenes, you can hear Mi'kmaw music in the background, including from Tom's band, The Relatives.

"That's why it was so successful, because everything in there is very relatable," Carol Anne said.

Starr Paul, a Mi'kmaw language educator from Eskasoni, remembers watching the film for the first time during a viewing at the high school.

"I was taken aback. I was like, 'Oh my god, that's so awesome. We need more stuff like this,'" she said.

WATCH | A look inside a Mi'kmaw Immersion School in Nova Scotia: 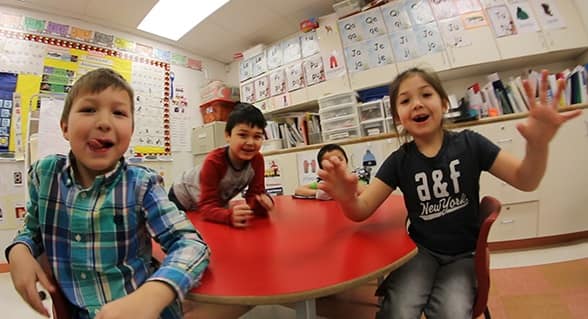 3 years agoVideo
10:50
Eskasoni, N.S., is taking steps to preserve its Indigenous language among the next generation 10:50

Paul brought a copy of the Johnsons' version of Chicken Run to her in-laws in New Brunswick, who loved it. She said social media has made sure its legacy lives on.

"Sometimes you hear people say, 'Anybody have a copy of Mi'kmaw Chicken Run?' So it wasn't just throughout Eskasoni — it was throughout everywhere. It was a huge hit," she said.

Paul has been teaching Mi'kmaw immersion for more than 20 years and said in the early days, educators had to create most of their own teaching materials.

"We had to translate stuff. We had to transcribe and we had all these different methods of trying to put down the words for [the students] to learn," she said.

These days, technology has made some of that work easier, but Paul wishes there were more resources like Mi'kmaw Chicken Run.

She's eager for Tom and Carol Anne to overdub another movie, but they're not sure they're ready to put in that kind of time and effort again.

"It almost became like a labour of love, really, and we're not quitters, so we wanted to see it to the end," said Carol Anne. "We're just honoured that it was shared like that, so it became bigger than us, that's for sure."

With files from CBC Information Morning Sydney and Mainstreet Halifax