The Canadian Medical Association is calling on provincial governments to ban the sale of energy drinks to people under the legal drinking age, citing research indicating too much caffeine can cause problems such as heart irregularities and anxiety. 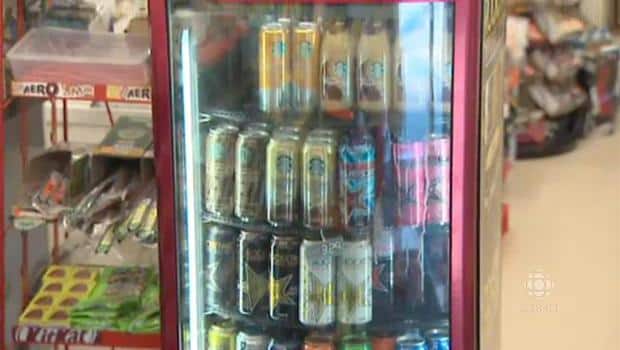 CMA calls for ban on energy drinks for minors

7 years ago
2:14
The Canadian Medical Association is calling on provincial governments to ban the sale of energy drinks to people under the legal drinking age. CBC’s Chris Glover reports. 2:14

The Canadian Medical Association is calling on provincial governments to ban the sale of energy drinks to people under the legal drinking age.

Delegates to the CMA's annual meeting in Calgary on Wednesday passed a motion brought forward by Doctors Nova Scotia. The Nova Scotia group has been pushing the provincial government to pass new laws on caffeinated drinks.

"Energy drinks are different from other caffeinated beverages because of the way they are marketed, consumed in excess, mixed with alcohol, and combined with other stimulants such as taurine," read the motion. "There is research that indicates that too much caffeine can result in nausea and vomiting and/or heart irregularities and anxiety."

The legal drinking age in Canada varies — age 18 or 19 depending on the province.

It’s far from legislation, but the CMA's age ban motion is getting mixed reaction in Nova Scotia, where the legal age is 19.

Jay Duga, 12, said he doesn't drink Red Bull or Monster, but his friends consume them all the time.

"They never really did it in elementary, just 'cause they saw the older kids drinking them so they probably thought it was cool. I think [an age ban] would stop a lot of people from buying them."

His grandfather, Mike Swann, worries too.

"Every time you look, these kids are drinking four and five. What is it doing to them? Their heart rate, anxiety, anger, it raises all that," he said.

But students like Becca VanGinkel say they rely on energy drinks to survive exam season.

"Well a lot of people use it for like university and stuff. I know for studying, when I was 18, 19, I really needed it a lot."

Mitch McIssac, who works at a news and convenience store in Halifax, said about half of the people who buy the drinks are under 19.

"Lots of students coming in to stay awake for exam times, or studying. Or a lot of people on the weekends getting them to keep on partying through the weekend," he said.

Another convenience store owner said requiring an ID would be a hassle for workers.

McIssac said he's skeptical a ban would change anything.

"It would be the same with tobacco products; they'd figure out a way to get them."