Halifax gymnast Ellie Black, with a chance at a third Olympic Games this summer, won't rush her recovery from ankle surgery.

Black determined to get back to Olympics this summer 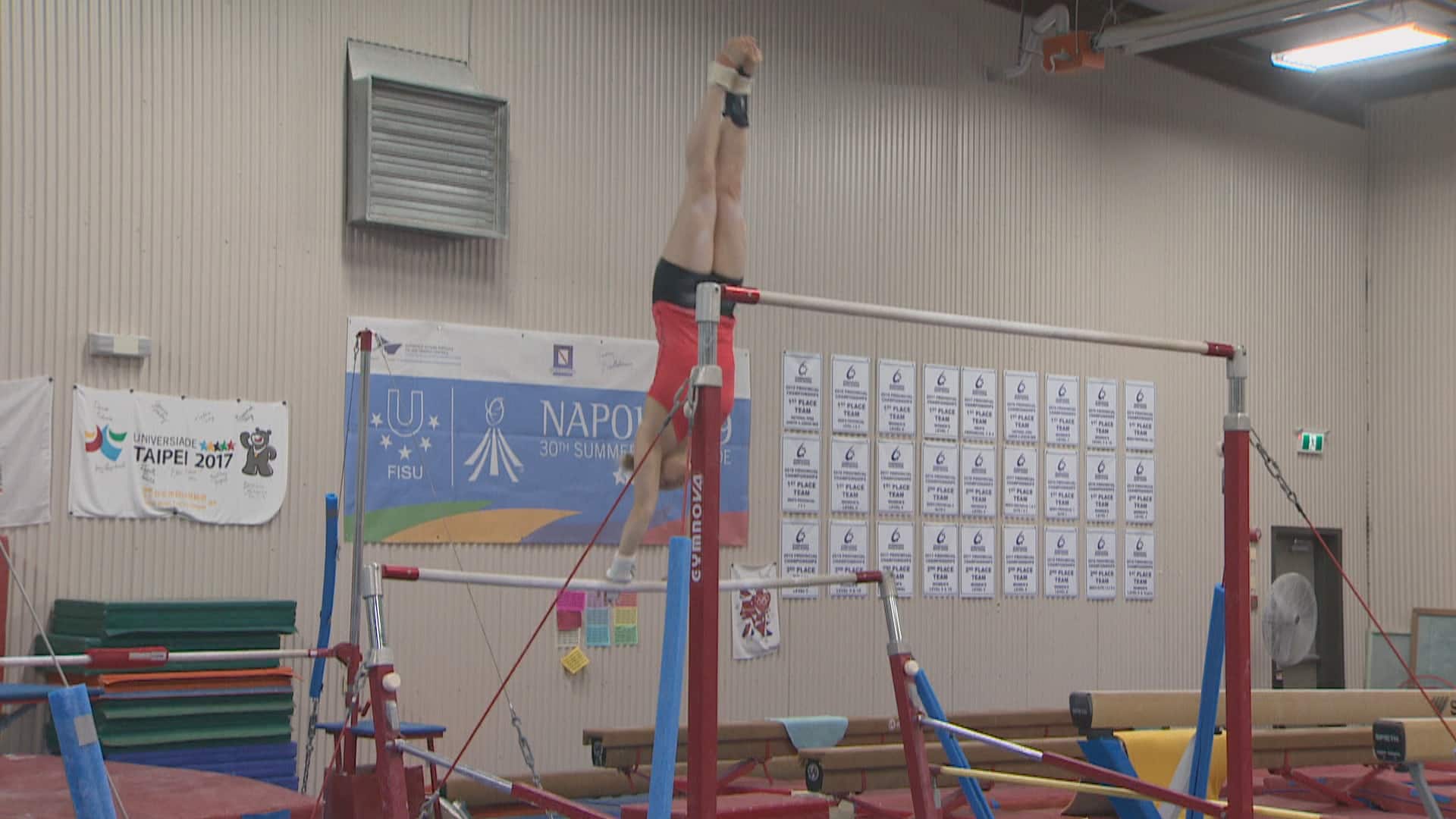 10 months ago
0:27
Halifax gymnast Ellie Black was back on the uneven bars this week. She is recovering from ankle surgery. 0:27

That's three simple words. But when you are a world-class gymnast always full of energy now recovering from ankle surgery, taking it easy is not the easiest thing to do.

For 24-year-old Ellie Black of Halifax, just over two months removed from the operating table, it's back to work at the gym.

"The past two months it's just been getting my range of motion back and getting the strength back in my leg and ankle to get better mobility," Black said prior to a light workout at the Halifax Alta Gymnastics Club.

"I can swing on bars now, but we're taking slow steps. Other events are still going to take some time."

Black said being laid up after the surgery was tough.

Because it was her right ankle that required surgery, she couldn't even drive her car. She's undergone four surgeries throughout her career and now has had procedures on both ankles.

Black is the most decorated Canadian female gymnast of all time.

She's one of only four Canadian women to have won a medal in women's artistic gymnastics at a world championship, a silver in 2017 in Montreal.

She has competed at two Olympic games, London in 2012 and Rio de Janeiro in 2016. In Brazil, she placed fifth in the women's individual all-around for the country's best-ever Olympic result in the event.

Black has a tattoo of the Olympic rings on her left shoulder and her focus now is preparing for the 2020 games in Tokyo, set to begin in late July.

She's hoping she will be able to take part in some spring competitions, but doesn't plan to do all four women's events — vault, uneven bars, floor exercise and balance beam — until she is fully recovered.

The biggest competition for her will be the Canadian championships in late May. While Canada's women's gymnastics team has already qualified for the Tokyo Olympics, Black will still have to earn a spot on that team.

"If you go out there and do your very best then that's what you have to be happy with," said Black. "It's really about preparing to be at my very best."

Ligament damage at worlds in Germany

Black suffered ligament damage in her right ankle on a landing in the vault at the 2019 world championships in Stuttgart, Germany. 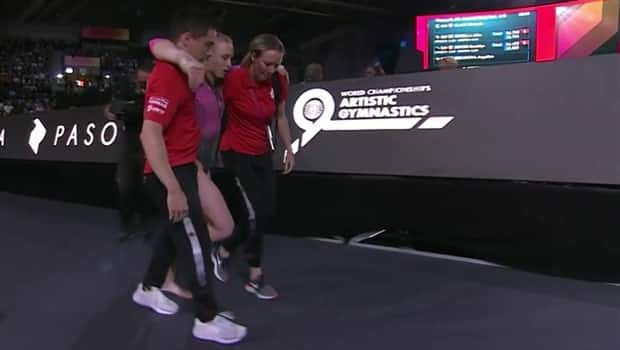 1 year ago
2:13
Canadian gymnast Ellie Black injured herself during her vault attempt in the gymnastics world championships women's all-around final, but her performance was good enough to earn fourth place overall. 2:13

Despite the injury, and what will be a lengthy road to a full recovery, her goal has never changed and she is continuing her push for an Olympic medal.

"For every Olympic athlete, that's the big dream and the big goal," said Black. "Especially in gymnastics, it's really hard to win an Olympic medal, but that's not to say that it can't be done."

As each week goes by, Black is pushing her ankle a little bit harder.

But her coach is careful not to push it too hard.

"We were kind of lucky this time that she hurt herself at the world championships, which was at the end of last season," said David Kikuchi, a two-time Canadian Olympic gymnast. "That gives her the most time to recover before making a charge towards the Olympics."

She became the first woman in the event's history to win back-to-back gold medals in the individual all-around. Black was named Canada's flag-bearer for the closing ceremonies.

Paul Palmeter is an award-winning video journalist born and raised in the Annapolis Valley. He has covered news and sports stories across the province for 30 years.