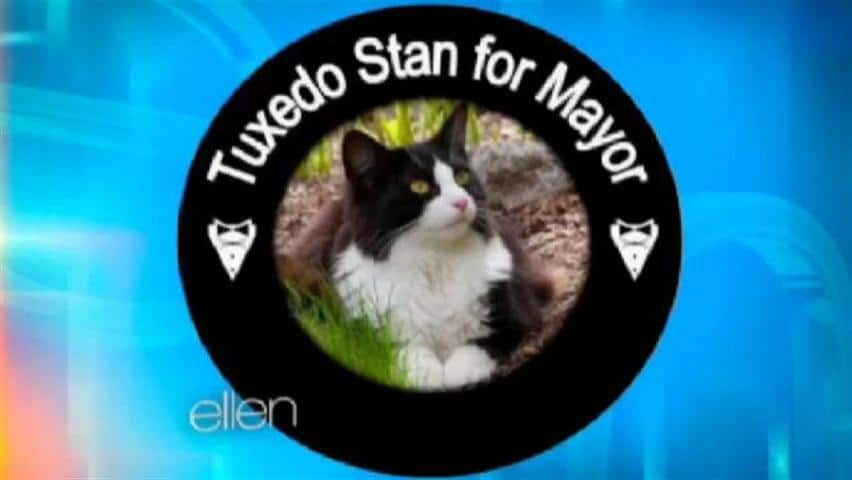 "That's totally real, he's running for mayor and — I don't like to get political — but I would vote for that cat," said DeGeneres.

Tuxedo Stan can't actually run as the law requires all candidates to have birth certificates. That hasn't stopped his followers from scooping up Stan paraphernalia, which has been selling out across the city.

DeGeneres is not the first celebrity to use their star-power to back Halifax's most famous feline. A few weeks ago CNN host Anderson Cooper announced his endorsement of Tuxedo Stan on his show, AC360.

"We usually don't take sides politically, but I think we'll go ahead an make an unofficial endorsement for one candidate for mayor of Halifax. His name is Tuxedo Stan," Cooper announced during a segment called the RidicuList.

Tuxedo Stan has been gaining international attention since his campaign kicked off earlier this summer. His owners offered him up as a candidate as a way to force other candidates to address the growing wild cat population in Nova Scotia's capital city.

Halifax has laws in place to ensure dogs are spayed and neutered, but no such legislation exists for cats. All profits from Stan's campaign are going towards fixing wild cats.

The program would include the formation of a committee and the implementation of an affordable and accessible spay/neuter program.