Distracted drivers now No.1 cause of fatal crashes in N.S.

People who are not paying attention while they drive are now the number one cause of fatal vehicle accidents in Nova Scotia, according to police. 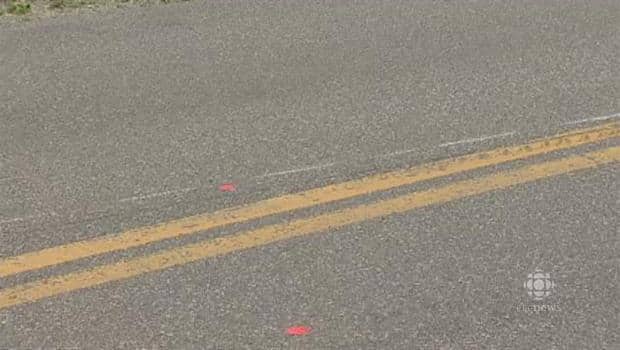 People who aren’t paying attention while they drive are now the number one cause of fatal vehicle accidents in Nova Scotia, according to police.

RCMP Insp. Ray Oliver said his officers have seen too many horrific accidents.

Almost half of all traffic deaths in Nova Scotia happen between June and September.

There are more people on the road in the summer and police say they are more relaxed and lose focus.

Since June 1, 25 people have died on the province’s roads and highways bringing the total number of fatalities up to 47 this year.

That’s up from 40 fatal collisions and 45 fatalities this time last year.

Cause of fatal crashes over the past five years:

Alcohol and speed are still major factors, but Oliver said distracted driving accounts for over a third of all traffic deaths.

"Things such as attending to children in the car when you should be watching the road to changing your GPS co-ordinates or answering your cellphone. When you take your attention away from the roadway the risk increases that you’re going to get into a collision," he said.

"You’re not in a position to take defensive maneuvers."

Oliver said over the past five years, 28 per cent of the people who died in accidents in Nova Scotia were not wearing their seatbelts.

Dr. John Ross, an emergency room physician in Halifax, said his unit has seen a lot of trauma this summer.

"There’s something about our culture. I don’t know if it’s Nova Scotia or whether it’s rural versus others, [but] it seems to be this is kind of a rite of passage, everyone seems to be drinking and partying and they get in their cars and drive. It’s 100 per cent preventable," he said.

"There are other alternatives to drinking until you can’t walk anymore and then getting in your car. Families need to get involved, communities need to take responsibility."

He said the first responders are "profoundly" affected when dealing with fatal crashes.