Restoration of the Dingle Tower on Halifax's North West Arm cost 50 per cent more than expected.

Repairs to Halifax monument 50% over budget 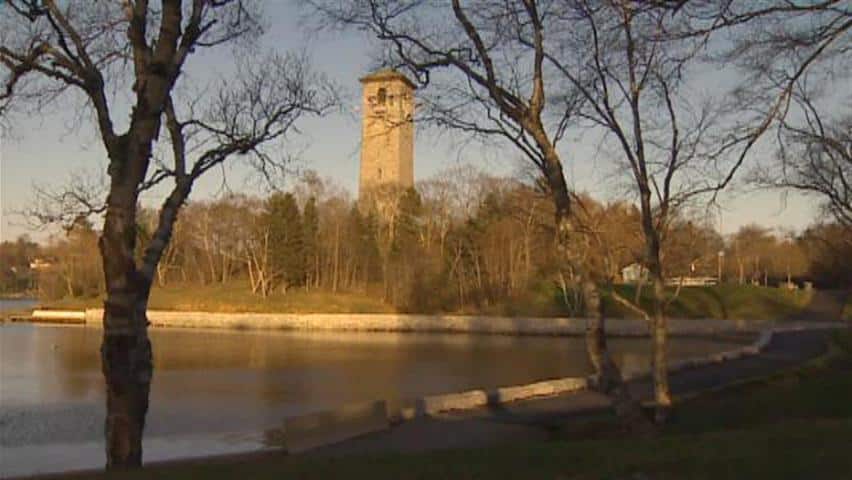 Restoration of the Dingle Tower on Halifax's North West Arm cost 50 per cent more than expected.

The Halifax region's share of repairs were estimated at $850,000, but ended up costing $1.2 million.

The tower in Sir Sanford Fleming Park was built in 1912 to mark the 150th anniversary of representative government in Nova Scotia. By 2009, it was in disrepair and closed to visitors.

It was repaired in time for the 100th anniversary celebrations.

"Essentially there are things that come up in these projects that are unanticipated. There were maintenance and upgrades needed in order to restore the tower to its previous elegance," she said.

A report on the project said the contractor was told to do some work on the observation deck that had been planned for a third and final stage.

The job is complete.