The Department of Fisheries and Oceans says enforcement officers are going back to St. Marys Bay in southwestern Nova Scotia where they seized hundreds of lobster traps on the weekend in an area used by Mi'kmaw fishermen.

The Department of Fisheries and Oceans says enforcement officers are going back to St. Marys Bay in southwestern Nova Scotia where they seized hundreds of lobster traps on the weekend in an area used by Mi'kmaw fishermen.

Todd Somerville, DFO's director of conservation and protection for the Maritimes, said 500 traps were seized for a variety of violations.

"Untagged gear, improperly configured gear, gear that hadn't been tended in a while. There was gear where dead lobsters were found. Over 6,000 lobsters, live lobsters, were returned to the waters as well," Somerville told CBC News.

"When we seize the gear, it's for a good reason." 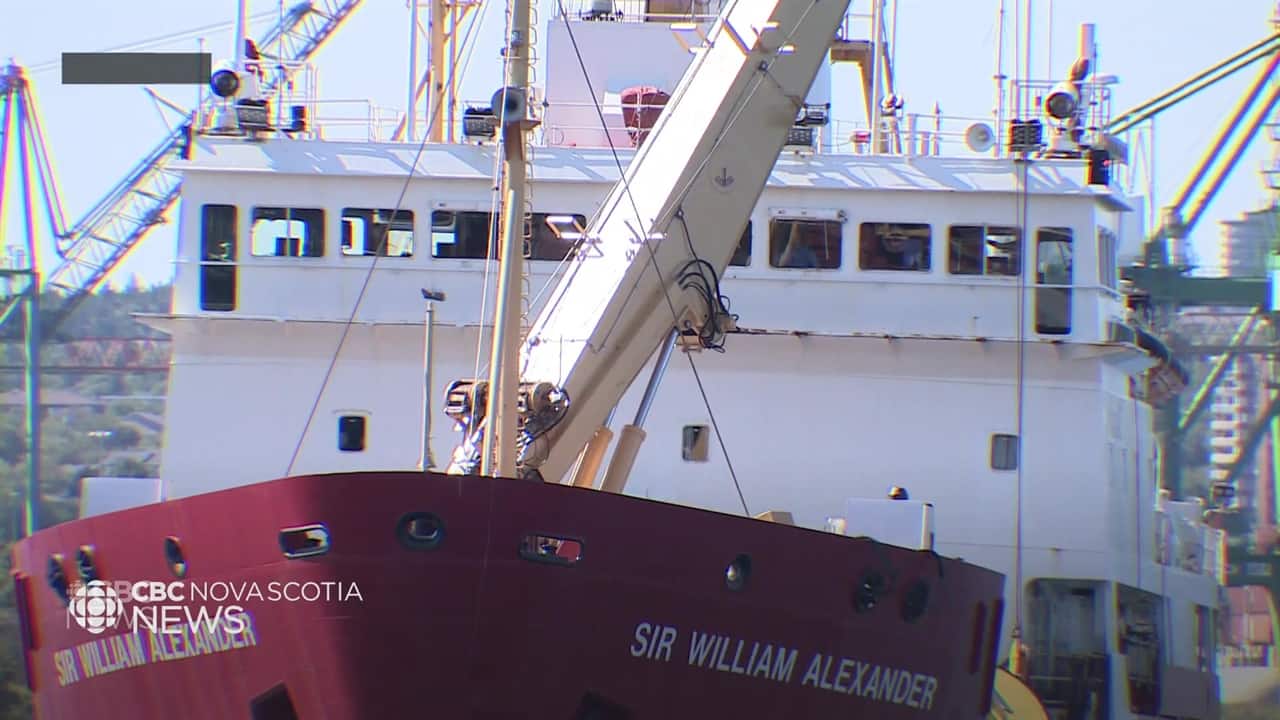 2 months agoVideo
2:34
There are reports of more lobster trap seizures in St Marys Bay by the Department of Fisheries and Oceans. The Sipkene'katik Band says some of the traps belong to its moderate livehdood fishery. Paul Withers has the latest. 2:34

DFO said the hundreds of traps it seized were in a very small area of St. Marys Bay and there's more gear in the water it did not get to this week because of bad weather.

Somerville said the operation will continue.

"The officers are eager to get back out there and make sure more work can get done," he said.

DFO did not seize every trap they checked.

The vast majority they returned to the water had a Mi'kmaw communal food, social and ceremonial tag. They are regulated by DFO and band members get three traps.

Some of the seized traps — it's not clear how many — belonged to the Sipekne'katik band's rights-based moderate livelihood fishery.

Chief Mike Sack said many of the traps that were seized belong to his community.

"Not all of them, of course, but the ones that were there and they're part of our livelihood fishery. We're in a process of getting those traps back," he said.

The band's moderate livelihood fishery was launched this fall. It has not been authorized or approved by DFO. The area is currently closed to commercial fishing, which is scheduled to open next Monday.

"I don't think it will be the case. We're keeping a close eye on our people and making sure that they comply with our rules and regulations, which are close to DFO," Sack said.

In 1999, the Supreme Court of Canada recognized the treaty right of Mi'kmaq to fish for a moderate living regulated by DFO. The rules have never been defined.

In September, Sipekne'katik said it would no longer wait and launched the self-regulated fishery in St. Marys Bay.

It's a small-scale operation, with around 10 band members allotted 50 trap tags each.

"It's like they're trying to clear the way for the commercial industry days before the season starts. And that doesn't sit well with us," Sack told CBC News.

"We're not going anywhere. We'll be back later today. We'll be fishing and we'll keep fishing until the lobsters move out of that area."

He said it confirms their long-held concerns about out-of-season fishing in St. Marys Bay by the Sipekne'katik band.

"We're really pleased to see the minister finally take action and we feel really vindicated, given that the enforcement actions showed so many violations of basic fishery conservation law,' Sproul said.

"But we're really disappointed that the minister chose to wait so long to take the action because it's allowed so many relationships to be fractured in our communities. And it's also taken away any fair chance to make a living for my members in St. Marys Bay this fall."

DFO: 'Our officers have been very active'

Since 2017, commercial fishermen have complained about lobster fishing by the band in summer when the season is closed.

In August, a judge convicted a lobster pound owner in the area of illegally selling lobster supplied and harvested under communal food, social and ceremonial licences by members of Sipekne'katik First Nation.

The Crown called it a "black market" operation that threatened conservation.

Somerville said that case and others — including the big trap seizure — shows DFO is acting to protect the stock.

"I would suggest our officers have been very active over the last few seasons on this matter," he said.

"There's been a lot of effort placed into this and not all of our activities are visible. A lot of the investigative work isn't obvious or overt to the public."