The NDP candidate for Dartmouth North is using technology and a fast typist to communicate with potential voters. 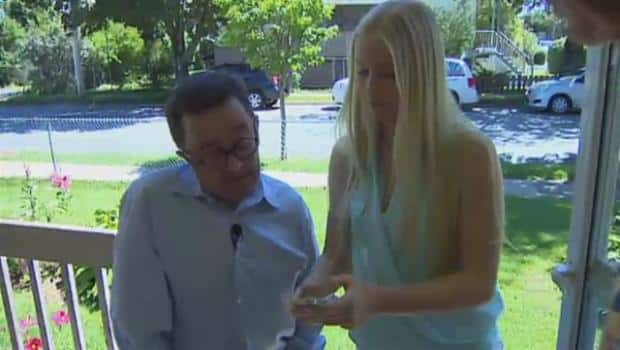 7 years ago
0:39
Watch as Steve Estey uses technology and a fast typist to talk to voters. 0:39

The NDP candidate for Dartmouth North is using technology and a fast typist to communicate with potential voters.

Steve Estey became deaf at the age of 35, so he doesn't use sign language in day-to-day conversations.

He brings an iPad or an iPhone along with an assistant who types what's said so he can read it from a screen while he's campaigning door to door.

"I've never seen anyone text as fast in my life," he said. "After a few minutes the novelty of it wears off and we're just two people having a conversation."

If Estey is elected to the provincial legislature, some adjustments will have to be made at province house.

The legislature only provides closed captioning for special events like the budget or Speech from the Throne.

It's not yet available for Question Period or committee meetings.

"It’ll take some time for people to get used to me and the way I communicate and so on, but that's the beauty of being different, right?" said Estey.

The political hopeful said he's used an out-of-province service for other kinds of meetings.

Estey said he's also prepared to have someone sit in the public gallery and type what they hear so he can read it on his iPad.