The first community oven in the HRM will be built within the next two weeks, but some dissenters say the project was approved too quickly. 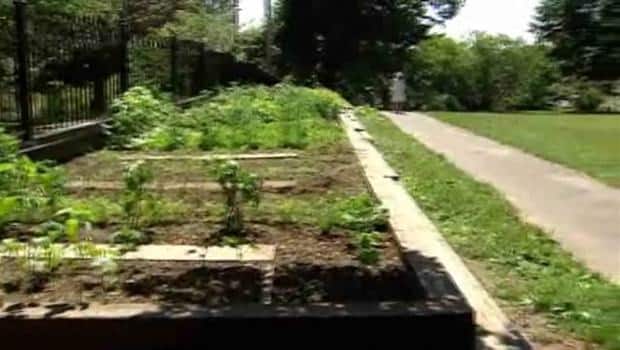 8 years agoVideo
1:48
Dartmouth is getting the first community oven in the HRM. 1:48

The first community oven in the HRM will be built within the next two weeks, but some dissenters say the project was approved too quickly.

The wood fired oven is being built on the Dartmouth Common next to the community garden and can be used for baking pizza and bread.

Coun. Gloria McCluskey earmarked $20,000 for the oven from the district's capital fund.

Since access to the district fund stops on municipal nomination day, she says funding the oven was time-sensitive.

"Different groups have talked to the committee already about wanting to come, cook pizza, have a birthday party, whatever," said McCluskey.

"I think it's awesome. I think it's really something good for a park that's underutilized," said resident Amy Evans.

Construction of the oven started last week. However, some residents voiced concerns at a public meeting Monday night.

One candidate running against McCluskey in the municipal election says he supports the oven, but is worried about the approval process.

"I feel the issue is there's no mechanism in HRM policy to require public consultation or making it known on a public scale," said Bryn Jones-Vaillancourt.

McCluskey says more could have been done, but many issues were resolved at Monday's meeting.

"We were so excited about it we just thought that everybody knew about it, I guess. We probably could have done some more consultation by walking along Park Avenue."

Other groups are already saying they would like to put in similar ovens, including the Common Roots Urban Farm near the Halifax Common.