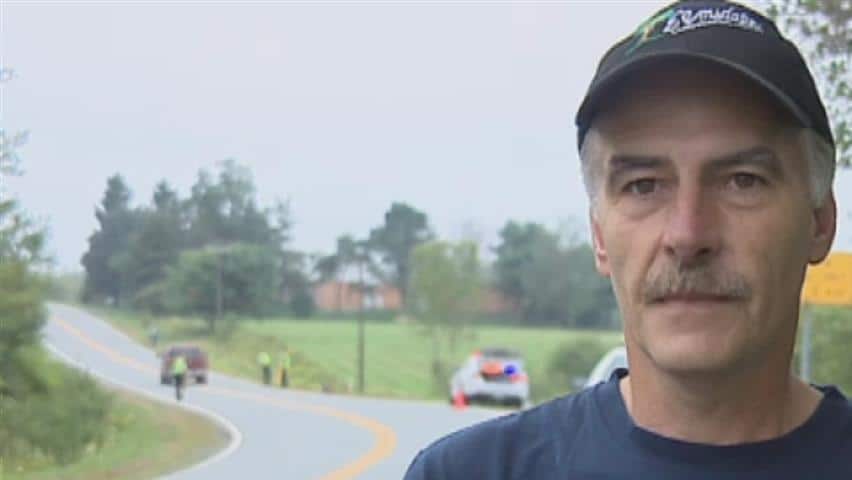 7 years ago
1:55
Kevin Singer said he heard the crash that claimed the life of two teens early Monday morning. 1:55

Windsor RCMP officers were on patrol at 1:35 a.m. on Highway 1 near Ardoise when a man flagged them down and alerted them of the crash.

Kevin Singer was the first at the scene. He flagged police down. He said the crash woke him up.

"It's a bad spot. It's the second or third car that's gone off the road in the same spot and there's been other numerous accidents around, right along this stretch," he said.

A preliminary investigation revealed four teenagers were inside the Chevrolet Cavalier when it left the road, clipped a power pole and ended up in the ditch.

The 19-year-old male driver and a 16-year-old girl were pronounced dead at the scene. A 19-year-old male passenger was taken to Queen Elizabeth II Health Sciences Centre in Halifax with non-life-threatening injuries.

The fourth passenger — a 16-year-old girl — was taken to Hants Community Hospital with non-life-threatening injuries. She was treated and later released.

The cause of the crash is still under investigation.