Nova Scotia will begin a multi-phase reopening plan next week, the province says.

6 months ago
3:19
Calling it 'a Nova Scotia success story,' Premier Iain Rankin announced a five-phase reopening plan for the province May 28. 3:19

Nova Scotia has revealed a phased-in approach to reopen from lockdown as the number of active COVID-19 cases continues to drop and more Nova Scotians get vaccinated.

The phases will see a gradual reopening of businesses and increases to outdoor gathering limits starting next week, though people will still be limited to socializing only with other people in their household in the first phase.

The reopening plan was revealed in a news briefing Friday afternoon, and is based on epidemiology in the province as well as vaccination rates.

"We have very deliberately chosen higher vaccine targets than many other provinces," said Dr. Robert Strang, the province's chief medical officer of health. "It's important that we have a solid layer of protection from vaccine as we move through our phases."

Strang and Premier Iain Rankin also announced students in some parts of the province will return to in-class learning, while most in the Halifax and Sydney areas will continue to learn from home.

The first phase of reopening will begin on June 2 at 8 a.m., and will include:

Travel will no longer be restricted within most of the province.

Each phase has a general timeframe of two to four weeks, depending on COVID-19 activity in the province, testing capacity, and hospitalization and vaccination rates.

"We have learned in Nova Scotia a slow, cautious approach works, and doing that allows you to move forward ... we do not want to lockdown again. That would be the worst possible thing," said Strang.

The second phase, which has a target of 60 per cent of Nova Scotians having one dose of vaccine, will see restaurants open to indoor dining, provided they can continue to maintain six feet of distance between tables. Retail stores, gyms, and fitness facilities will be able to operate at 50 per cent capacity.

In the second phase, travel within the province will no longer be restricted, and indoor gathering limits will increase to 10 people including household members.

Outdoor gathering limits will increase to 25 people, as will sports practices and arts and culture rehearsals.

"We can expect to have some level of restrictions all summer until we have two-dose protection," Strang said.

Testing for incoming travellers will be available at the Halifax Stanfield International Airport starting June 14.

As part of the third phase, the province is looking at a target date of Canada Day for the potential reopening of the Atlantic bubble, but Strang said there are a lot of discussions that will need to happen first.

Rankin said the four Atlantic premiers have not reached a consensus on the bubble but they are continuing to have those talks.

Strang said opening the province to travellers from the rest of the country without requiring them to self-isolate could happen as early as August in a best-case scenario, and it would be based on their vaccination status. But that in itself leads to other challenges.

6 months ago
7:55
Nova Scotia announced a phased-in plan to reopen from the COVID-19 lockdown. The first phase will come into effect on June 2. The province's chief medical officer of health, Dr. Robert Strang, spoke to CBC Nova Scotia's Tom Murphy about the plan. 7:55

"If we set up different sets of criteria for people who are vaccinated versus not, we have to make sure we have valid proof of vaccination," Strang told CBC Nova Scotia News at Six.

"And there's a lot of ethical issues around that. Have people all had equal opportunity to get vaccinated? What we don't want to do is exacerbate existing inequities in our society."

By September, it's expected 75 per cent of Nova Scotians will be fully vaccinated, and it will be about "living with COVID-19."

Strang said he hopes that will mean very limited restrictions except for "voluntary" public health measures like wearing masks.

But Strang said setting a target date doesn't fit with what we know about COVID-19, and Nova Scotia's plan is meant to have flexibility. 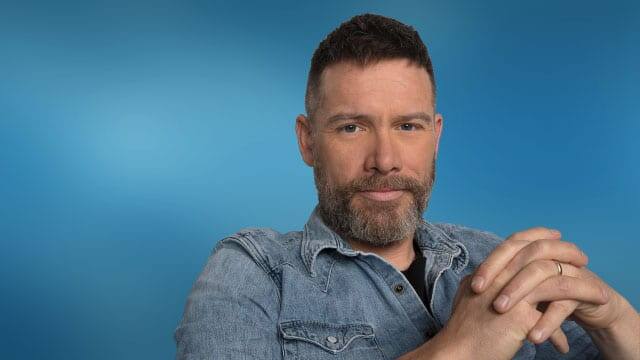 "I think we've shown in Nova Scotia that we've done a very good job of managing the pandemic. I don't think we want to necessarily compare ourselves to other places," he said.

"I think we can look at what we've done and how successful we have been, and I think Nova Scotians can see that and stick with the Nova Scotia plan."

Another person in Nova Scotia has died related to COVID-19, making it the province's 80th death since the pandemic began.

It was a woman in her 50s in the central health zone.

The province is also reporting 40 new cases of COVID-19 on Friday, bringing the total number of active cases in the province to 585.

Twenty-nine new cases are in the central zone, five in the eastern zone, four in the northern zone and two in the western zone.

Fifty-three Nova Scotians are in hospital related to the virus, including 18 in intensive care, according to a news release from the Department of Health.

One month ago, the number of daily new cases was steadily rising as a third wave of COVID-19 gripped the province.

Brooklyn Currie is a reporter and producer with CBC Nova Scotia. Get in touch with her on Twitter @brooklyncbc or by email at brooklyn.currie@cbc.ca