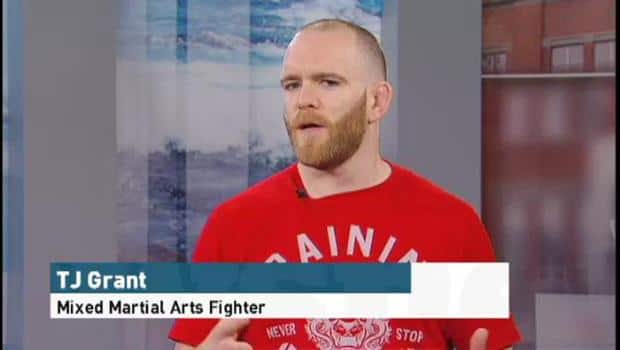 8 years agoVideo
3:32
The Cole Harbour native has his eye set on a big Ultimate Fighting prize. 3:32

Over the weekend, the 29-year-old won a big fight in Las Vegas, earning a shot at the UFC lightweight championship.

Grant went into the fight as the underdog, but ended up winning the bout and $50,000 for knockout of the night.

Click on the video to watch his interview with the CBC's Amy Smith.