Some Cape Breton residents fear their homes will be washed away and they want the government to help. 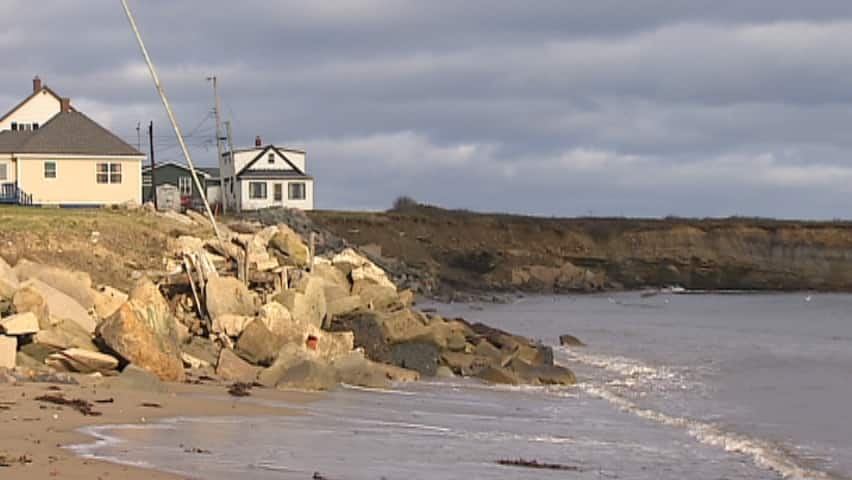 8 years agoVideo
2:33
Homeowners in Cape Breton say their homes are washing away, and they want government help to fix the problem. 2:33

Some Cape Breton residents fear their homes will be washed away and they want the government to help.

The Sydney Mines and Florence homes are on coastal land, and the wind and waves are bringing the shoreline closer to their front doors.

Many say the worst damage occurs during winter. Sea ice once offered some protection, but there's much less ice these days, the residents say.

Carolyn Barry has property in Florence that used to belong to her father.

"We get the huge waves here and of course it just washes everything out. It takes the big stones, and we have a lot of big stones there, but a lot of it is just washed away," she said.

"We need something really secure here, a breakwater or something. We need help."

Barry's home burned down several years ago. The breakwater her father built has been broken up and the water is encroaching on the land.

"We're losing everything. I'm losing my land and my neighbours are pretty close to losing their homes," she said.

Barry had planned to build a new home on the land, but has doubts it will still be there when she's ready.

"It just breaks my heart. Your homestead, your land — it's really depressing to think about that. But hopefully someone will help," she said.

The situation is worse up the shore. Melvin McMullin's home is on the edge of a cliff. He hasn't been able to sell the property and can't afford to abandon it.

He's had it on the market, but has found no buyers.

"Some people come over here to look at the house. They just get in their cars and walk away," he said.

Some residents have hired contractors to place boulders on the shoreline to stop the water. It's expensive and some homeowners think the government should take responsibility.

"It'd be nice to have some armour stone put down here to stop some of the surf on the north-easters," McMullin said. "I'm scared. Very scared."

The province is developing a coastal strategy to address erosion and climate change, but has no programs to help individual homeowners.

Clarence Prince, the area's municipal councillor, said some homes are just metres from the cliff. He wants the province to offer grants to people whose homes are at risk.

"We have grants for all types of things — home repairs and everything else. After all, this is protection of the home, so they're wondering why they don't get some assistance," he said.