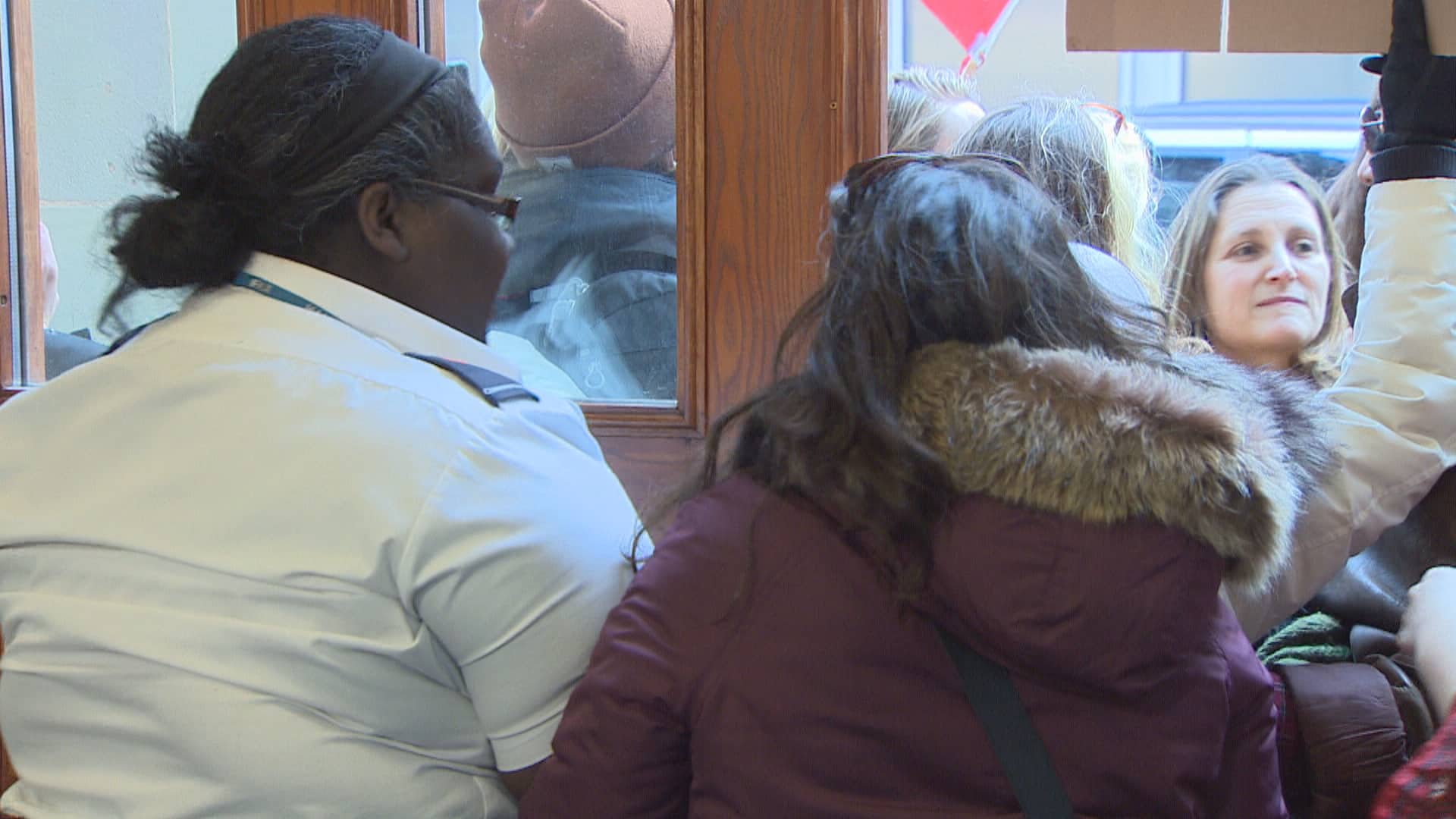 Freeland blocked by demonstrators in Halifax

Deputy Prime Minister Chrystia Freeland was briefly blocked from entering Halifax city hall on Wednesday afternoon by demonstrators supporting the opposition by Wet'suwet'en hereditary chiefs' to the construction of a gas pipeline through northern B.C.

Demonstrations against the project have been erupting in cities across Canada in recent days. Freeland was confronted by dozens of protesters, but was eventually able to enter city hall with the help of Halifax Regional Police.

"I absolutely respect the right of Canadians around the country to exercise their right to peaceful protest," Freeland told reporters.

"The protesters did express the view that they wanted to prevent me from having the meeting with the mayor [Mike Savage] and his team. Respectfully, that was not a view I was prepared to agree with."

She said it's important for all people in Canada, including government officials, to be able to "go about their rightful and legitimate business."

Freeland had to squeeze her way through the crowd in front of city hall. She said it was the first time anyone had tried to physically prevent her from doing something.

When asked if she was injured, Freeland said she was fine.

Police say no arrests were made and demonstrators did not interfere when Freeland eventually entered the building.

Freeland said she travels without security and trusts Canadians.

She said Indigenous rights and environmental issues are things many Canadians care about.

In Vancouver on Wednesday, Wet'suwet'en supporters blocked traffic in the downtown core.

On Tuesday, Via Rail said it was forced to cancel 157 trains across the busy Toronto-Montreal corridor because of the demonstrations.

On the same day in Halifax, about 140 people blocked access to the Ceres containter terminal.