A Halifax man acquitted of threatening police with a rare, dangerous chemical may seek compensation after being put through "hell" by being forced to spend five months in jail. 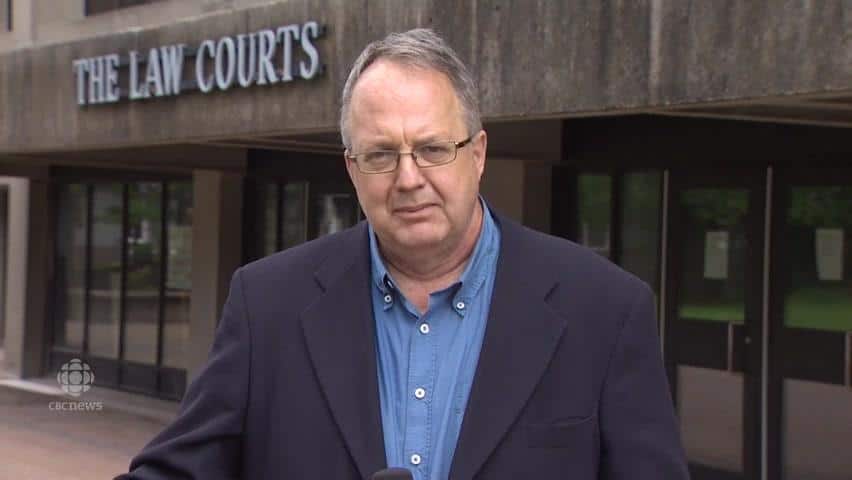 A Halifax man acquitted of threatening police with a dangerous chemical may seek compensation after being put through "hell" by being forced to spend five months in jail.

Christopher Phillips, 42, was arrested after his wife took her concerns to police when he suddenly left Nova Scotia for Ottawa. Police found stacks of chemicals in two Nova Scotia properties connected to Phillips.

He was arrested inside an Ottawa hotel on Jan. 21. Police ordered evacuations of the Ottawa hotel and locations in Nova Scotia.

Phillips was charged with threatening police officers in an email sent to a friend and with possessing a dangerous weapon — the chemical osmium tetroxide. On Wednesday, a Nova Scotia Supreme Court judge cleared him of all charges.

Defence lawyer Mike Taylor said "mistakes were made" in the case and his client has not ruled out seeking compensation for the five months he spent in jail as the case worked through the courts.

He said his client has gone through "hell to be put in jail for an offence that he didn't commit, an offence that people close to the investigation felt shouldn't even go to trial. So he certainly, I would expect, feels hard done by, as he should be."

"I had hoped that once the dust had settled and the evidence was clear to everyone, that the Crown would look at it and realize this simply wasn't a threat. Unfortunately they didn't take that view," added Taylor.

During the trial, Justice David MacAdam heard from a chemist who testified that it's questionable whether the osmium tetroxide that Phillips stored in Cole Harbour, N.S., could have been a useful weapon.

Taylor has said his client was joking when he sent an email to a friend suggesting he could throw some of the chemical at officers if they entered his home.

"I said from the beginning, this charge should never have been laid. My opinion was that any reasonable person, looking at the email that was the subject of this charge, would have to come to the conclusion that it simply was not a threat — and the judge agreed with that," said Taylor.

"He also agreed with my comments that most of the evidence was to the contrary of the assertion that it was a threat."

In delivering his verdict on Wednesday, MacAdam said the evidence showed some investigators didn't believe that a rambling Dec. 27, 2014, email Phillips sent about throwing a container of the chemical at police was actually a threat.

He said their belief it might be a threat relied on an assumption that Phillips might have the chemical with him as he drove to Ottawa, which turned out to be incorrect.

"There is no evidence that Mr. Phillips's purpose for acquiring the chemical was for a purpose contrary to the public peace," said the judge.

"He regarded it as an unusual chemical ... and later intended to use it with his other chemicals."

Crown attorney Karen Quigley argued the email needed to be considered along with other factors, such as testimony from Phillips's wife that her husband's mental health was deteriorating before he abruptly departed in a van for Ottawa.

"Nothing went wrong with the case. The Crown put forward the evidence that the police derived in the course of their investigation. The judge had an opportunity to review that evidence during the course of the trial and submitted his decision," Quigley said.

"I would like to see some changes, in terms of how some things are reviewed before charges proceed, especially in a case where — you heard the judge's decision. It was clear that a reasonable person looking at this would not find that it was a threat and a lot of evidence was contrary to that assertion," he said.

"It's really concerning that someone can spend five months in jail for an offence that a reasonable person would conclude simply didn't happen."

Taylor warns there is a message for everyone in this case: be careful what you write in your emails.

"Someone may misconstrue it and pick up the ball and run with it when they shouldn't," he said.

"You can't be flippant, you can't be a little offside in your commentary to even close friends, because someone may interpret it the wrong way — someone with an awful lot of power."

The CBC's Stephen Puddicombe and Yvonne Colbert were live blogging from court.