The province’s deputy minister of community services says new numbers from Statistics Canada showing an increase in child poverty rates in Nova Scotia are “really troubling” and staff are working to understand what’s caused a reversal in recent trends.

The province's deputy minister of community services says new numbers from Statistics Canada showing an increase in child poverty rates in Nova Scotia are "really troubling" and staff are working to understand what's caused a reversal in recent trends.

Quebec also saw increases in those two categories, but by less than one percentage point each and the totals were half of Nova Scotia's.

Hartwell said the overall trend for the last decade was going in the right direction for Nova Scotia, but something has happened in the last year and the government is working to determine the cause. Of particular concern is the increased rate for families with two parents, even at a time when the federal government's child tax benefit has sent $600 million to this province, she said. 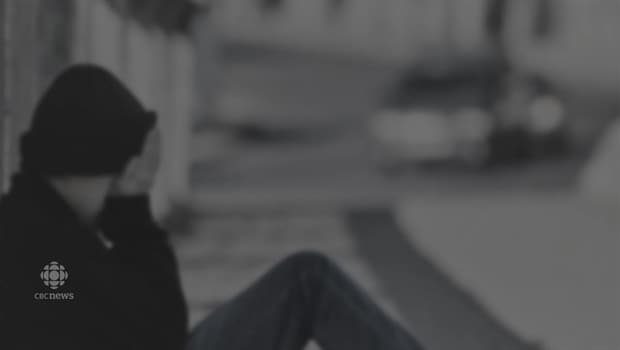 2 years ago
0:48
The province's deputy minister of community services says the numbers are "really troubling". 0:48

"We would not have expected that," Hartwell said of the increase.

"The alarm, I guess, that's going off for me is making sure that there's not some nuance in our programming where we focus on one type of family more than another. And I don't know that to be the case, but this data is making me wonder and so that's one of the things that we'll be looking at."

Hartwell said Finance Department officials have contacted Statistics Canada to see if there is more detailed information in an effort to determine if there are any regional anomalies to explain the changes.

Can't budget what you don't have

LaTulippe-Rochon's organization works with about 2,700 families in 45 communities on the island each year. While the number of people seeking help might be going down, she said the struggle for those in need is increasing.

"They're further away from being able to make ends meet at the end of the month," she said.

"You cannot budget what you do not have," she said.

"It's not a poor decision-making process around budget making; it's that if it takes $1,000 to get everything paid and you only have $800, you cannot come up with the other $200 on your own."

NDP Leader Gary Burrill said the numbers are "a comprehensive condemnation of the government's economic performance."

Burrill said the result should come as no surprise, given the government's resistance to bringing in measures such as rent control and larger increases in the minimum wage and social assistance rates. He renewed his call for a $15-an-hour minimum wage.

"We have to address the fact that we have a very large percentage of our population who can't even go into a grocery store to buy their food. How are you going to have an economy with buoyant consumer demand when that's the case?"

Tory Leader Tim Houston wouldn't go as far as calling for a $15-an-hour minimum wage, although he did say people deserve to be paid "a fair wage."

Houston said the numbers show the Community Services Department programs should be examined to ensure they're working to their full capabilities and he said Crown corporations tasked with economic development should also be evaluated to ensure they're performing at full capacity.

Michael Gorman is a reporter in Nova Scotia whose coverage areas include Province House, rural communities, and health care. Contact him with story ideas at michael.gorman@cbc.ca