In wake of mass shooting, Halifax police reminding officers to identify themselves

The chief of the Halifax Regional Police says officers are now receiving "constant reminders" to properly identify themselves after a gunman dressed as a Mountie killed 22 people last month.​​​​​​​

The chief of the Halifax Regional Police says officers are now receiving "constant reminders" to properly identify themselves after a gunman dressed as a Mountie killed 22 people last month.

The gunman was wearing an authentic RCMP uniform and driving a mock RCMP cruiser during part of his shooting rampage that lasted nearly 13 hours.

Chief Dan Kinsella with the Halifax Regional Police said the tragedy has prompted his force to provide more education to members of the public, but also to police officers.

He said uniformed officers must wear a complete uniform with their name clearly visible, and be able to show a badge and identification card with their picture on it during every interaction.

In addition to the officer presenting their ID card and badge, <a href="https://twitter.com/HfxRegPolice?ref_src=twsrc%5Etfw">@hfxregpolice</a> want citizens to know they can also call 902.490.5020 to confirm identification of a police officer. In any emergency situation, please call 911. 3/3

"For officers that may be out interacting with the public in a plain-clothes capacity, they are being advised in every instance to make sure that they identify themselves with the proper identification and show that to members of the public ... so they know who they're dealing with," Kinsella told CBC's Information Morning on Wednesday.

Kinsella also said that drivers who are stopped by police should find a public area to pull over.

"We advise the public to put on their hazard lights, slow down, pull over to the furthest right lane and then make their way to either a well-lit area or a very public space where they feel a little more comfortable before pulling over," he said.

Nova Scotia RCMP said they're not suggesting something similar at this point, but officers will "continue to work on regaining public trust."

"We know that people are scared, and we completely understand. Our officers are taking this into account when interacting with the public," Cpl. Jennifer Clarke said in an email. 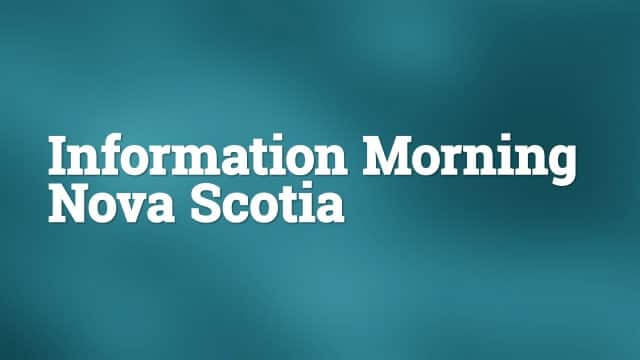 Information Morning - NS10:07Policing during unprecedented times
Halifax Police Chief Dan Kinsella talks about renewing public trust in the uniform as well as policing during a pandemic. 10:07

Clarke said people have the right to ask to see an officer's badge and ID, and that both documents should have the same regimental number.

"If members of the public notice anything suspicious, or if anything seems 'off,' we encourage them to call their local police or 911," Clarke said.

Over the weekend, Halifax Regional Police responded to a call that a man was impersonating a police officer in Clayton Park. The man was wearing a black hat with "RCMP-POLICE-GRC" written on it and said he was with Halifax police and was watching walking trails in the area.

Police have figured out who he is, but Kinsella said the man wasn't arrested and an investigation is still ongoing to see if he'll be charged. The chief said there's "no ongoing allegation of impersonation" and no threat to the public.

"All police organizations take this type of issue ... very seriously, especially after the tragic events that unfolded last month," he said.

Ontario Provincial Police recently cautioned people to take special precautions after reports of impersonators pulling drivers over and asking if they were essential workers during the COVID-19 pandemic.