The Cape Breton Regional School Board says more and more drivers are passing school buses that have stopped to pick up or drop off children. 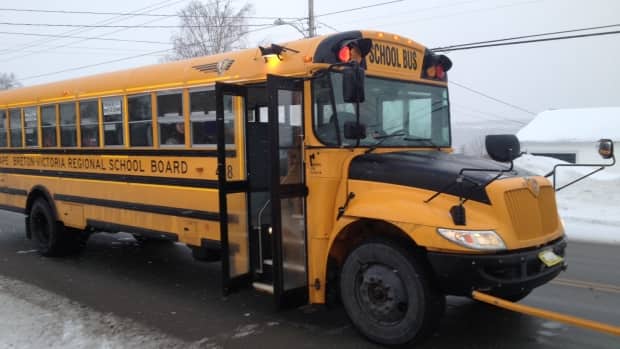 The Cape Breton Regional School Board has been trying to solve a growing problem that endangers students.

More and more drivers are passing school buses that have stopped to pick up or drop off children. The board says it's having some success using technology to catch the drivers.

"In the last year we have installed cameras on some of our buses so we can identify the drivers that pass through these areas where we've had high numbers of violations," said Paul Oldford, the director of operational services with the board.

The camera is attached to the stop sign that folds out when a bus is stopped. Sgt. Joe Farrell with the traffic division of the Cape Breton Regional Police says it has helped get convictions.

There have been 12 convictions so far. Farrell says the offence of passing a school bus will cost drivers $410 and a six-point deduction to their driving record.

"Drivers should be more concerned about the safety of the children," Farrell added.

Oldford doesn't know if the issue is related to distracted driving but says it's happening too often. According to Oldford, in a three-week period in December, they received eight reports of vehicles passing school buses.

Currently only eight buses have cameras. The board hopes to install more as funds become available. Until then, the board will just focus on problem areas.

'It's a serious problem'

"When we have areas that we find is a problem area, we put one of those vehicles equipped with cameras in that area," Oldford said.

"We pass along the information to police and they address it. It is a serious problem and one that needs attention."

The Strait Regional School Board reported the same problem last fall. At that time, the board started tracking reports of drivers passing red-lighted school buses.

A school board spokesperson says it continues to be an issue. The region reported 11 incidents in October, six in November, four in December and to date in January there have been four incidents.