Flags in the Cape Breton Regional Municipality were flown at half mast on Wednesday to honour Rita MacNeil.

Friends remember one of the island's most iconic singers 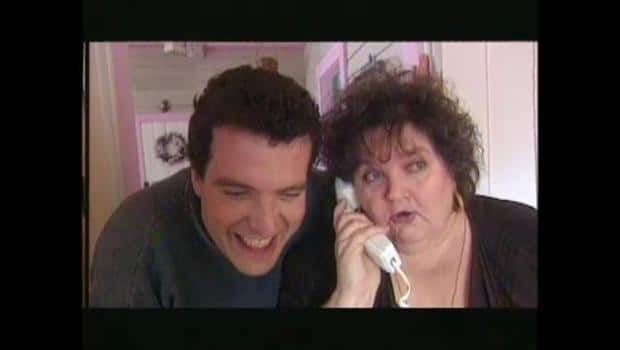 8 years agoVideo
1:42
Rick Mercer and Rita MacNeil pair up in this hilarious opening at for the East Coast Music Awards in 1998. 1:42

Flags in the Cape Breton Regional Municipality were flown at half mast on Wednesday to honour Rita MacNeil.

MacNeil, a force in the Canadian music industry, died after complications following a surgery on April 16.

"I'm very sad for all of us in Cape Breton that we've lost such a wonderful person," said Joella Foulds, a long time friend of MacNeil, who performed with her for years.

MacNeil sold millions of albums and toured around the world.

Foulds said MacNeil made Cape Breton musicians realize they could have a successful career.

Foulds is now the executive director of the Celtic Colours Music Festival in Cape Breton. She called MacNeil an inspiration.

"I know I would never be doing what I'm doing now without the influence that I've had from her and I also know that would be the case for many, many of our musical community. Celtic Colours would never have happened if I had not learned so much from working with her, touring with her, and for her having the courage to do what was in my heart."

Down to earth personality

Musician Allie Bennett, who performed with MacNeil, said he remembers her as a genuine and down to earth person.

"You know she's just a loving and caring individual. You know when I traveled with her she always asked about the family everyday and just genuinely cared about you when you were part of her touring family so to speak. I'll always cherish those memories."

Bennett said MacNeil had to battle her own shyness to make it on stage.

"But once she got on the stage and started to sing, she knew that the audience would be with her. It was just an amazing transformation, she just took command of the stage and just developed into a wonderful entertainer over the years, " said Bennett.

"Rita liked a good story and she liked to laugh," said Gordon Sheriff of the Men of the Deeps choir group which toured with MacNeil for several years. "We had some good laughs together on the bus. She was a great person to know."

MacNeil even wrote the group's signature song Working Man which they sometimes performed together.

Sheriff said the Men of the Deeps liked the song so much they end every show with it.