The federal government is defending its Employment Insurance crackdown in northern Cape Breton, which saw more than 180 people denied their claims because they worked for their relatives.

Claims were denied as a result of a multi-year investigation, says government 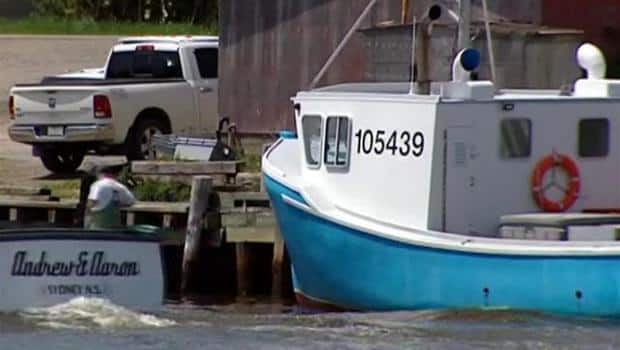 8 years agoVideo
3:59
People in northern Cape Breton say their communities will be destroyed without EI. 3:59

The federal government is defending its Employment Insurance crackdown in northern Cape Breton, which saw more than 180 people denied their claims because they worked for their relatives.

"We can say that this matter is related to a multi-year investigation into very serious allegations," wrote Alyson Queen, a spokeswoman for Human Resources and Skills Development Canada Minister Diane Finley.

"If misrepresentations are proven to be true, Service Canada will take action to recover funds and contact the appropriate authorities."

Mark Eyking, the MP for Sydney-Victoria, told CBC News more than 180 people living in communities north of Cape Smokey — such as Bay St. Lawrence — were denied their insurance claims after a Service Canada investigation into claims between 2007 to 2010.

That investigation found claimants were working for family members and not maintaining the required arm's-length relationship between employers and employees.

Eyking, a Liberal MP, said working for family in a small fishing community is unavoidable and the mass disallowance is a sign the Conservative government is unfairly targeting people.

"It's almost like they are starving them out up there," Eyking told CBC News on Thursday.

"I think the message is very clear. Mr. Harper does not like fishermen to have EI. I think he also is looking at having corporations owning the fishing industry."

Claimants are eligible for Employment Insurance benefits provided the Canada Revenue Agency is satisfied there is an arm's-length relationship between employers and their employees.

According to the Canada Revenue Agency, that means pay, hours and working conditions "must be similar to the ones offered by the employer to other employees or to ones that are offered in an open labour market."

Jamie Baillie, the leader of Nova Scotia's Progressive Conservative party, said he believes the federal government has made a mistake and he'll take the case to the federal minister.

"Someone has decided to declare an entire community in Nova Scotia guilty without any evidence and that's wrong," he told CBC News on Thursday.

'It will crush this community'

Meanwhile, fishermen in Bay St. Lawrence reacted with anger as they gathered at a local fire hall on Thursday to discuss their concerns.

"It seems like they're using us as a test subject to see how far this is going to go," said Crystal MacKinnon.

"I'm not sure if you can say wipe out an entire way of life but that is what's going to happen."

Audrey MacKinnon, who was also at the meeting, said she remembers being questioned by federal government officials at a nearby police station about her Employment Insurance claim.

"I was there for about two hours and the questions were just, who was the captain, what size boat, what kind of duties I did," she told CBC News.

"It was more or less, I thought, to see if I was actually in the boat."

Fishermen said without Employment Insurance, many people will have to move and the community will wither.

Residents say the lack of seasonal workers would destroy the backbone of the fishery — the largest industry in Bay St. Lawrence.

"It will crush this community," said Clayton Mackinnon.

"Not just Bay St. Lawrence, all north of Smokey. It will be crushed. There will be not work for anybody."