Tracking unidentified flying objects now holds little interest for the Canadian government, according to documents obtained under the Access to Information Act. 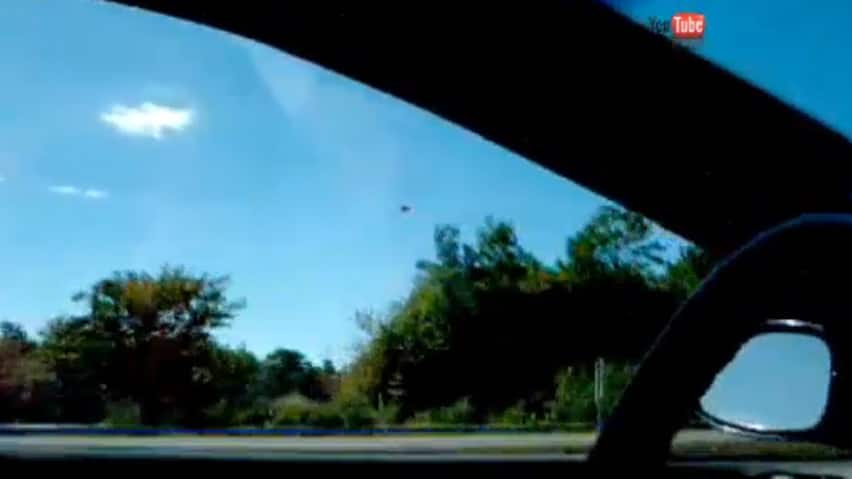 UFO sightings in Canada on the rise

8 years agoVideo
2:24
Several Ufology experts say if the number of sightings keeps rising, Ottawa will have to pay attention. 2:24

Tracking unidentified flying objects now seems to hold little interest for the Canadian government, according to documents obtained under the Access to Information Act.

Various federal agencies, including Transport Canada, the RCMP and the Department of National Defence, used to track and investigate UFO sightings to some degree, but documents obtained by CBC News suggest those days are over.

It's now up to civilian volunteers to report what's going on up in the sky.

Any information on UFO sightings received by the various agencies is passed on to Chris Rutkowski, a civilian science writer who has produced the Canadian UFO survey since 1989.

Rutkowski said the number of sightings is increasing across Canada. There are a growing number of videos on the internet and most can be explained — paper lanterns floating in the sky, flares or meteors — but some, cannot.

Several ufology experts, including Rutkowski, say if the number of sightings keeps rising, Ottawa will again have to pay attention.

Rutkowski painstakingly investigates the information passed on to him to ensure that any so-called unidentified objects are indeed unable to be explained. He receives so much information that he has only been able to investigate suspected sightings up until February 2012.

In 2011, Rutkowski said there were 980 sightings reported across Canada. He said the number of sightings in 2012 would likely be even higher, but he hasn't finished sifting through all of last year's reports.

"We do notice that for January, February, we are actually quite high in terms of numbers, so probably we’re going to be close to a record once again for 2012," he said.

Those sighting records are largely thanks to the many people who have devoted their lives to the study of UFOs.

"I hear a lot because people know I am not going to laugh at them. I am safe to talk to. People are very much intimidated by fear of ridicule," said Stanton Friedman, a ufologist and author.

Friedman, from New Brunswick, is a nuclear physicist by training. He keeps busy writing books, doing interviews and attending numerous conferences around the globe, as well as appearing in documentaries, all geared to one of the great mysteries of the human experience: do aliens exist and have they visited Earth?

Many interested in UFOs say yes and they say the government can't continue to ignore the growing number of sightings.

"We feel there is sufficient data that basically we just have to be able to talk about it on an honest level and try to encourage our governments to tell us what they know," said Bird.