Another milestone was reached today for Bluenose ll as the masts were put on the iconic schooner. 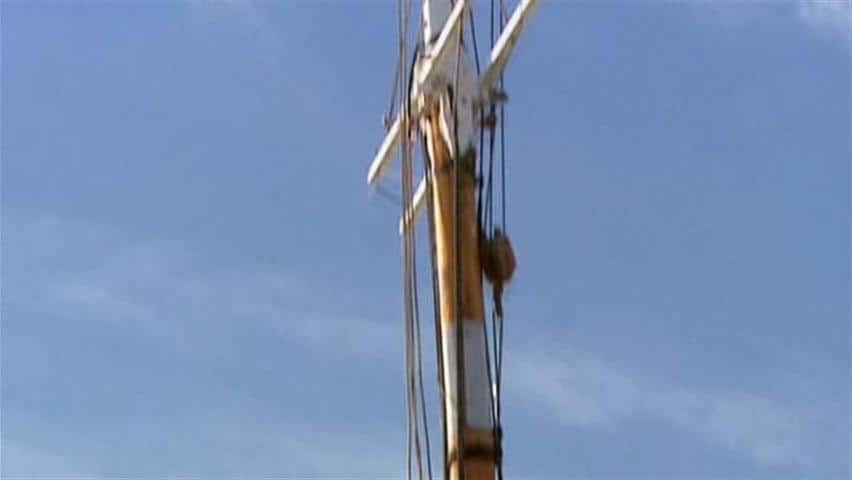 8 years agoVideo
2:08
The Bluenose ll reached another milestone today as its masts were installed. 2:08

Workers in Lunenburg added the masts, helping to give shape to the national icon and the schooner that's featured on the Canadian dime is carrying some serious coin on board.

The hull of the Bluenose ll was officially returned to the water last month. The huge crowd that gathered on that day in Lunenburg was very nervous and there were more nerves on the waterfront Thursday morning.

All were ready to watch a job that required a lot of human muscle and some powerful machinery.

"The trick here is to make sure everything fits," said project leader Peter Kinley. "We're using the older mast and rigging and there may have to be some adjustments just to make sure it connects with the hull properly."

But the talk at the wharf on Thursday was about different money. A 2012 silver dollar and a specially made mast coin from a nearby pewter company that will be placed at the base of the masts.

They'll join the 20 or so coins already onboard.

"Including a 1791 Spanish silver coin and then coins from all the different times that the masts have been done," said Watson.

The restoration project has been plagued by delays but with the mast milestone behind them, the workers hope it will be clear sailing from here on in.

"We're happy that some of the safety questions have been addressed with this reconstruction and we hope it will be able to raise the flag for Nova Scotia and Canada on an international basis," said Kinley.

Water trials this fall will continue next spring before the Bluenose II reaches the biggest milestone, her return to service as one of Canada's greatest ambassadors.