The notoriety of a Nova Scotia woman known as the Internet Black Widow is attracting interest to the Cape Breton inn where she stayed with her latest husband.

Melissa Weeks and her latest husband stayed at inn after honeymoon 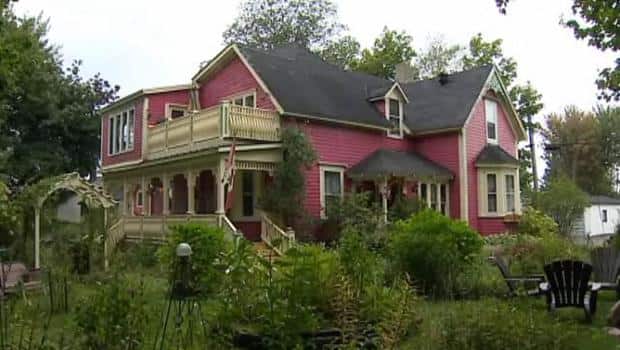 8 years agoVideo
1:50
The notoriety of the Internet Black Widow is boosting the popularity of a North Sydney inn. 1:50

The notoriety of a Nova Scotia woman known as the "Internet Black Widow" is attracting interest in the Cape Breton inn where she stayed with her latest husband.

Cheryl Chambers, the owner of the Chambers Guest House Bed and Breakfast in North Sydney, said the national publicity is leading to many inquiries about the room where Melissa Weeks stayed with her latest husband.

"Some guests asked if that room was available and then other guests made it very clear that they didn't want that room," she told CBC News on Tuesday.

Weeks, who was given the "Internet Black Widow" moniker for her ability to persuade grieving widowers to marry her, was charged with attempted murder days after her latest husband became ill at the Chambers Guest House Bed and Breakfast.

They had spent the night there after a short honeymoon in Newfoundland.

Weeks, 77, is also charged with trying to poison her husband under Sec. 245 of the Criminal Code, which deals with administering a noxious substance. She has a bail hearing on those charges Friday.

Her latest husband, Fred Weeks, has been released from hospital and is at home resting with his family.

Chambers said her bed and breakfast has been busy since news of the Black Widow's latest alleged exploits spread and people are fascinated by where the Weeks stayed and what may have happened there.

"Saying I should change my name to the Black Widow Bed and Breakfast, things like that," she said.

"Of course it's not humorous knowing what Mr. Weeks went through and certainly that's very disturbing to me."

Melissa Weeks — best known as Melissa Friedrich — has been in trouble with the law before.

In 1991, she was convicted of manslaughter and served two years of a six-year jail term after killing her husband, Gordon Stewart, of P.E.I., on a deserted road near Halifax. Stewart was heavily drugged when she ran him over twice with a car.

Weeks also has convictions for fraud and forgery involving men she had relationships with.

Chambers said she isn't anxious to see the 77-year-old woman back on the streets.

"I don't have a lot of good feelings about Melissa so I hope she does cool her heels in a jail cell for quite a long time," she said.