One Nova Scotia farmer says he’ll be looking at big losses this summer, as the COVID-19 pandemic delayed the seasonal foreign workers he needs at a critical time in his harvest.

Some crops could be left unpicked due to lack of workers 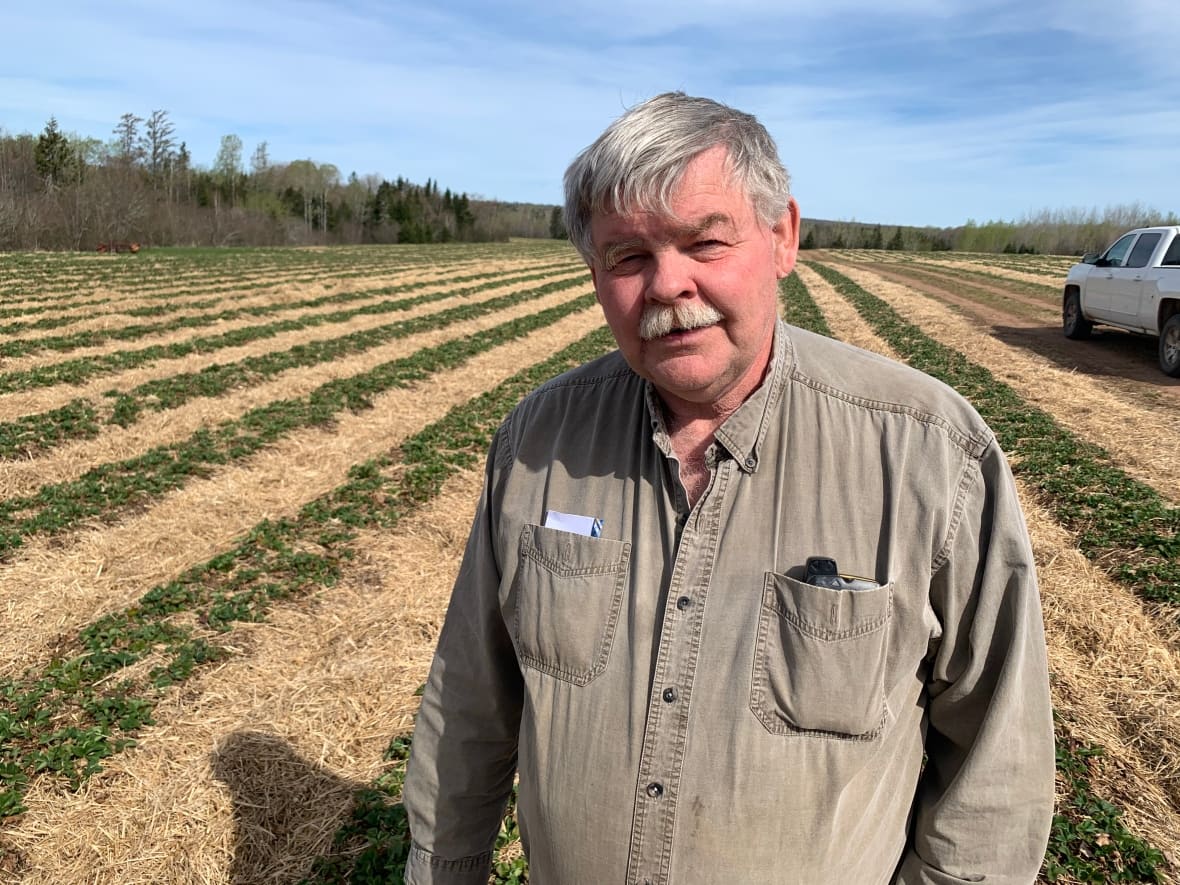 6 months agoVideo
1:52
One Nova Scotia farmer says he’ll be looking at big losses this summer, as the COVID-19 pandemic delayed the seasonal foreign workers he needs at a critical time in his harvest. 1:52

This is the third instalment in a new series from CBC Atlantic called Farming your Food: How Atlantic Canadian producers are coping in COVID. We're taking a close look at the food on your plate and how it gets there, starting with some of the people responsible for that food, the producers.

The life of a farmer has lots of ups and downs.

One Nova Scotia farmer says he'll be looking at big losses this summer and it's all because of COVID-19.

Millen Farms in Great Village, N.S., relies on seasonal foreign workers to get the work done in its berry fields.

But there was a delay in bringing farmer Curtis Millen his workers this spring from the Caribbean, followed by another two-week delay due to COVID-19 quarantine requirements for people entering the country. He was without his workers for a month at a critical time.

"We know there's probably 25 per cent or maybe even 40 per cent of our crop that will stay in the field this year," said Millen.

"All we can do is wait until we get closer and see where the chips fall and decide what pieces we'll leave behind."

Millen only received 150 of the 200 seasonal workers he normally employs and without one quarter of his normal workforce he will likely not be able to pick all his crops. One field alone would yield about $600,000 worth of strawberries.

"A strawberry has a two-day window to harvest it and then it will be over ripe and it will be poor fruit," said Millen.

"So in three or four days you've got to walk away from that field, it becomes garbage and that's where we are headed with about 50 acres I would guess."

Other Maritime farmers feeling the pinch

Millen isn't the only berry farmer with issues brought on by COVID-19.

Bob Bates, a strawberry farmer in Belleisle, N.B., has been without his seasonal workers because the New Brunswick government wouldn't allow them to be brought in due to concerns around COVID-19.

"We were originally going to have workers come mid-April and then all of a sudden when everybody was getting ready to get on the plane the province shut the foreign workers out," said Bates.

"Then we had to start scrambling to try and find all these unemployed people who want to work."

Bates said he put ads out on Kijiji to try and get local workers. He has hired some students, but he admits they don't have the expertise and experience the foreign seasonal workers have.

New Brunswick Premier Blaine Higgs made a change on May 22 that allowed foreign workers to start arriving May 29, but they still have to quarantine for a two-week period. That means it will be the middle of June before they can do any work.

Strawberry U-pick operators are also dealing with the COVID​​ virus and have had to come up with creative ways to keep pickers separated.

"Our rows are five feet apart, but we have to be six feet apart by law so we'll put people on every second row, then we are 10 feet apart," said Matt Compton, a fruit and vegetable farmer in Summerside, P.E.I.

"We are going to lay out the rules and guidelines, we're going to monitor and manage it, but it's still up to the general public who are in our fields to do their part to respect the decisions and rules that we have put in place."

But keeping pickers spaced out properly could be difficult as they move around the fields.

"We have cars lined up for miles to get in during the first week of U-pick," said Danny Kenny of Kennie's Strawberry Farm in North Kentville, N.S. "That's going to be a bit of a struggle for us for sure."

Blueberry producers are also feeling the pinch of COVID-19. High bush blueberry bushes need to be pruned each year for optimum growth that will lead to better yields.

But this year many of the 120 hectares of blueberry bushes at Perfect Berries in Aylesford, N.S., won't be pruned because of the delay with foreign workers.

"It's all catch up and we're way behind," said Perfect Berries owner Louise Endres. "Some of our offshore labour is so good, they prune better and if your pruning is not as good, it usually means smaller berries."

A smaller yield would make for two poor seasons in a row.

Last year, Hurricane Dorian damaged much of the crop, limiting the farm to 120,000 kilograms of blueberries. The two previous years before that saw 225,000 kilograms picked each year.

Wild blueberries are less maintenance and do not require as much manual labour.

"Other than the U-pick operation, it's all done by machine," said John Handrahan of Blue Acres Farm in Tignish, P.E.I.

"In our case that means two of the people on the machine are going to have to work in very close quarters, so we're still working on how that will play out."

But that doesn't mean wild blueberry producers don't have to worry about COVID-19.

"We've heard all of those stories of the beef packing facilities out in western Canada and if we had a facility shut down in mid August, that wouldn't be good," said Peter Burgess, president of the Wild Blueberry Producers Association of Nova Scotia.

"But we're quite confident the processors are doing what they need to do to protect their businesses to make sure they're good to go in August."

Despite the challenges in the berry industry, farmers must push on and deal with the cards they've been dealt. Any weather issues that could negatively impact on their crops would be a devastating blow on top of what they are already trying to mitigate.

"There are a lot of challenges and we are all trying to navigate it together," said Lisa Ashworth, president of the Agricultural Alliance of New Brunswick, an organization that represents 800 farmers in the province.

"We will come out of this stronger together, as long as we keep looking forward."