RCMP have laid criminal organization charges against three members of the Bacchus motorcycle gang for the first time in Nova Scotia. 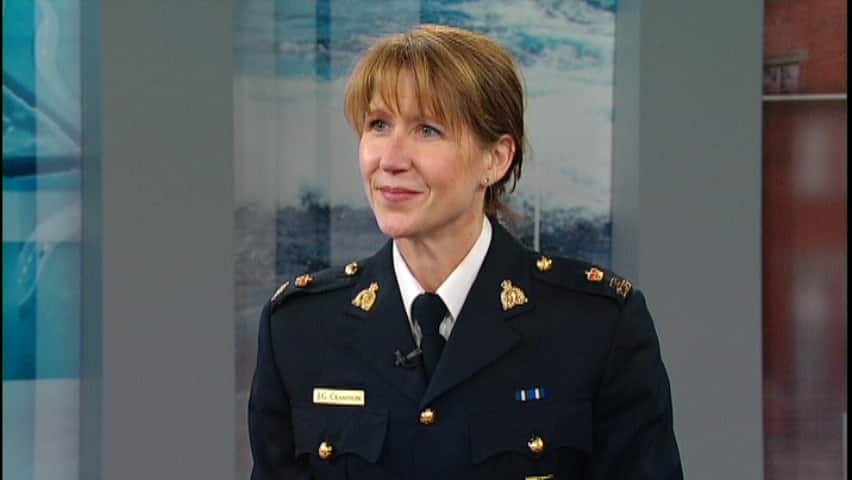 Patrick James, 45, and David Pearce, 38, both from Dartmouth and Duane Howe, 43, from Grand Desert have each been charged with the commission of an offence for a criminal organization and extortion.

"This is an investigation that's been going on since September 2012 where initially we had laid charges of intimidation and threats," said RCMP Insp. Joanne Crampton.

"Now, due to further investigation, we've recognized that we can lay charges now of criminal organization as well as extortion."

RCMP said the investigation in September involved a search of four locations including a clubhouse on Hogan Road in Nine Mile River and residences on Renfrew Road and Elmwood Road in Dartmouth and Dyke Road in Grand Desert.

The accused will remain free until their court appearance, which is scheduled for Monday in Dartmouth provincial court.

"This is the first time in Nova Scotia to have these charges laid and in particular against the Bacchus. They are very complex charges. We did so in consultation with Crown counsel making sure that we did have all the evidence there in order to lay the charges," said Crampton.

"I think that makes a statement in and of itself in that if convicted of these charges, it would show that the Bacchus is an outlaw motorcycle gang and are a criminal organization. It would also show that they're not just a bunch of motorcycle enthusiasts, which is what they would like to make themselves out to be in the public."

'They work as a group overall'

Crampton said the charges are a first for Nova Scotia but have been prosecuted successfully against the Hells Angels in other parts of Canada, such as Ontario.

There are several Bacchus chapters in Atlantic Canada — one in Nova Scotia, three in New Brunswick, one in Prince Edward Island and two in Newfoundland.

"They work as a group overall, all 80 members work together. It's not just one particular chapter working independently but they work in conjunction with each other," Crampton said.

"I think we should we should be concerned. The Bacchus are the second largest outlaw motorcycle gang next to the Hells Angels in Canada and we have them here in Atlantic Canada so I think that's very significant."

Crampton said the charges announced Thursday are unrelated to the charges faced by a man who served as the president of the local chapter of the Bacchus motorcycle gang.

Paul Roderick Fowler, 44, was charged with attempted murder after police allege he attacked a 50-year-old man with a hammer in Hants County on New Year's Eve.

Fowler, who is also charged with uttering threats, possession of a weapon for a dangerous purpose and unsafe storage of a firearm, has had his bail hearing held over until Monday.