Organizers of the Atlantic Film Festival in Halifax are hoping the eight-day festival will strengthen business ties between local artists and members of the entertainment industry from around the world. 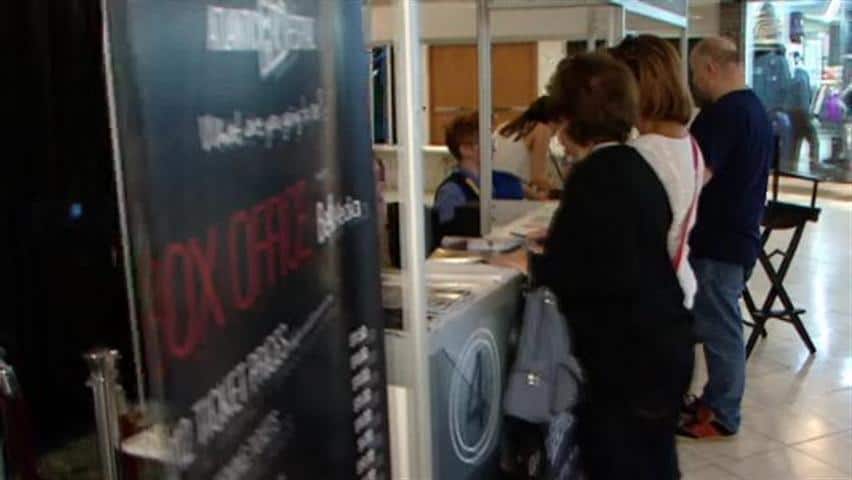 8 years agoVideo
1:50
Organizers with the film festival are looking to strengthen ties with international partners. 1:50

Organizers of the Atlantic Film Festival in Halifax are hoping the eight-day festival will strengthen business ties between local artists and members of the entertainment industry from around the world.

The 32nd annual Atlantic Film Festival — which opened on Thursday — is expected to attract more than 900 people.

One of the programs at the festival is Music and Image — a partnership between the Atlantic Film Festival Association and the East Coast Music Association.

It's designed to bridge the gap between music and film and serve as a venue for local musicians to audition for producers hoping to license music for soundtracks.

David Hayman, a Toronto-based producer, said he's come to the festival for the second year in a row.

"Brands are getting into all sorts of things. We're calling it transmedia," he told CBC News.

"The bridge between all the cross-platforms that are out there and we want to make East Coast music a part of that."

At the Lord Nelson Hotel, members of the film industry from 20 different countries will discuss financing for possible co-productions through the festival's Strategic Partners program.

Wayne Carter, the executive director of the Atlantic Film Festival, said festival ticket sales are running ahead of last year — in part because many of the films and documentaries have already been shown at the Toronto International Film Festival, where they generated buzz.

"TIFF is such a maelstrom of media coverage. We benefit from that," he told CBC News.