Both Newfoundland and Labrador and P.E.I are exiting the Atlantic bubble for at least two weeks as COVID-19 cases rise in parts of the region.

Bubble began on July 3 and ended Monday with the departure of Newfoundland and Labrador and P.E.I 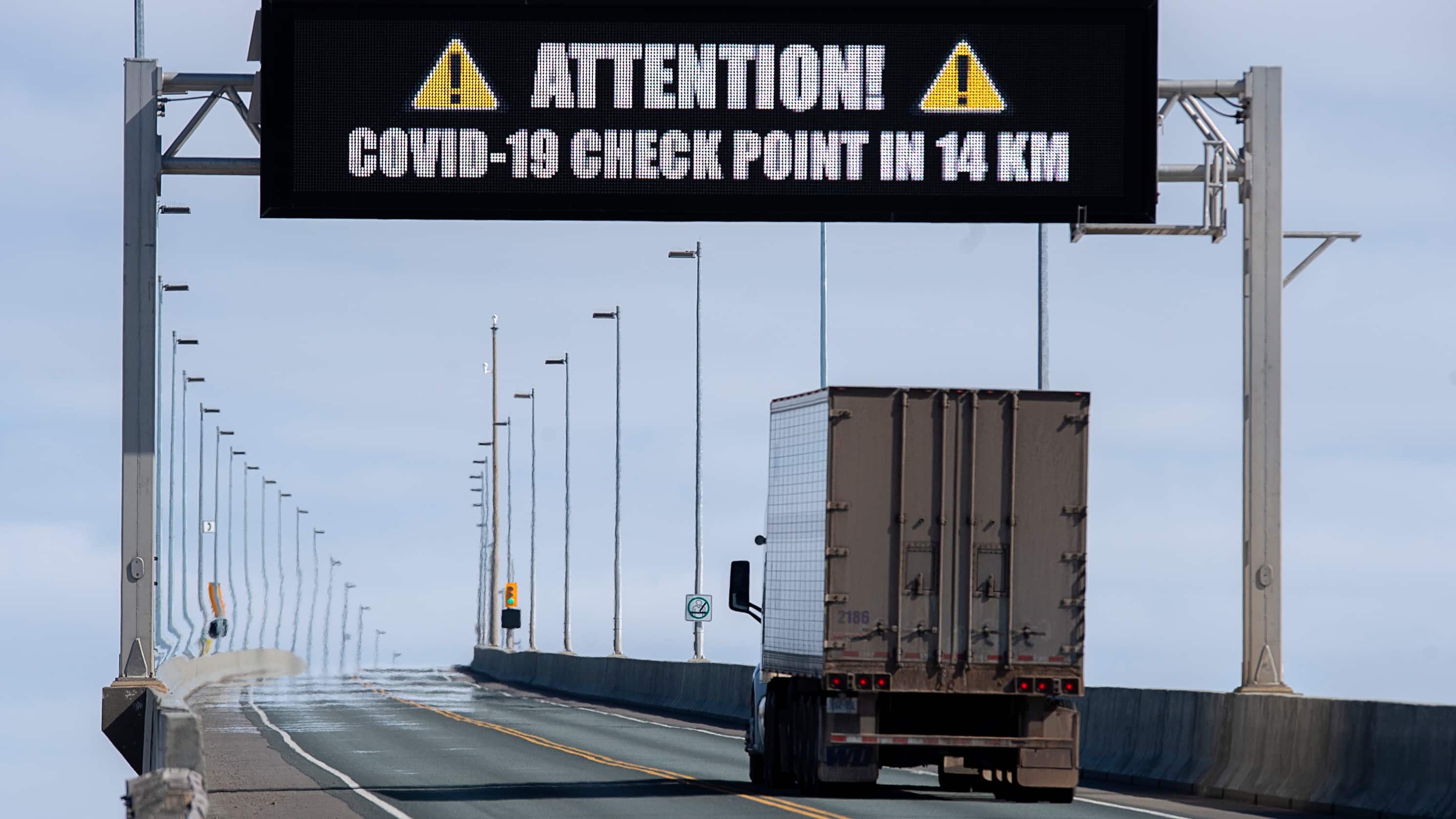 P.E.I. pulls out of Atlantic bubble over COVID-19 worries

The Atlantic bubble is no more.

Both Newfoundland and Labrador and P.E.I are exiting the Atlantic bubble for at least two weeks as COVID-19 cases rise in parts of the region.

Newfoundland Premier Andrew Furey said the province will continue to monitor the COVID-19 situation in the other Atlantic provinces to see if the two-week break needs to be extended. Travel to and from Newfoundland and Labrador will only be for essential reasons, he said.

"The Atlantic Bubble has been a source of pride ... but the situation has changed," Furey said at a news conference.

P.E.I. Premier Dennis King delivered a similar message during a nearly simultaneous news conference, saying his government would re-evaluate over the next two weeks.

King said the changing epidemiology in the region was concerning, "and it forces us to use what I believe are the tools in our limited toolbox to do everything we can to avoid an outbreak here in P.E.I."

He said that given the province's small size, it wouldn't take much for its health-care system to become overwhelmed.

Since July 3, residents of Nova Scotia, New Brunswick, P.E.I and Newfoundland and Labrador were able to travel relatively freely across each other's borders without quarantining.

COVID-19 case numbers in all the Atlantic provinces were low throughout the summer and fall, but that began to change last week in parts of the region.

New Brunswick tightened restrictions in Moncton and Saint John last week as cases rose, and the province reported its highest ever single-day case count on Saturday with 23 new cases. As of Monday, that province had a total of 89 active cases.

Nova Scotia also started recording a spike in cases last week and public health confirmed there is community spread, with most transmission happening in the Halifax area. As of Monday's reporting, the province had a total of 51 known active cases.

Newfoundland and Labrador is currently reporting 23 active cases — including two new cases announced Monday — and P.E.I has two, with the latest one reported at Monday's news conference.

No plans to burst N.S.-N.B. bubble

He said he and the other Atlantic premiers held a teleconference last night when they discussed the decision.

"We certainly understand the situation that Newfoundland and Labrador and P.E.I. are in, and their concerns with our current situation in New Brunswick and Nova Scotia," he said.

Still, Higgs said he and Nova Scotia Premier Stephen McNeil have decided not to burst the Nova Scotia-New Brunswick bubble for now.

He said most cases in Nova Scotia are in the Halifax region. He said there has been a focus on testing there, and people in the Halifax area are being encouraged to not travel outside of the region. 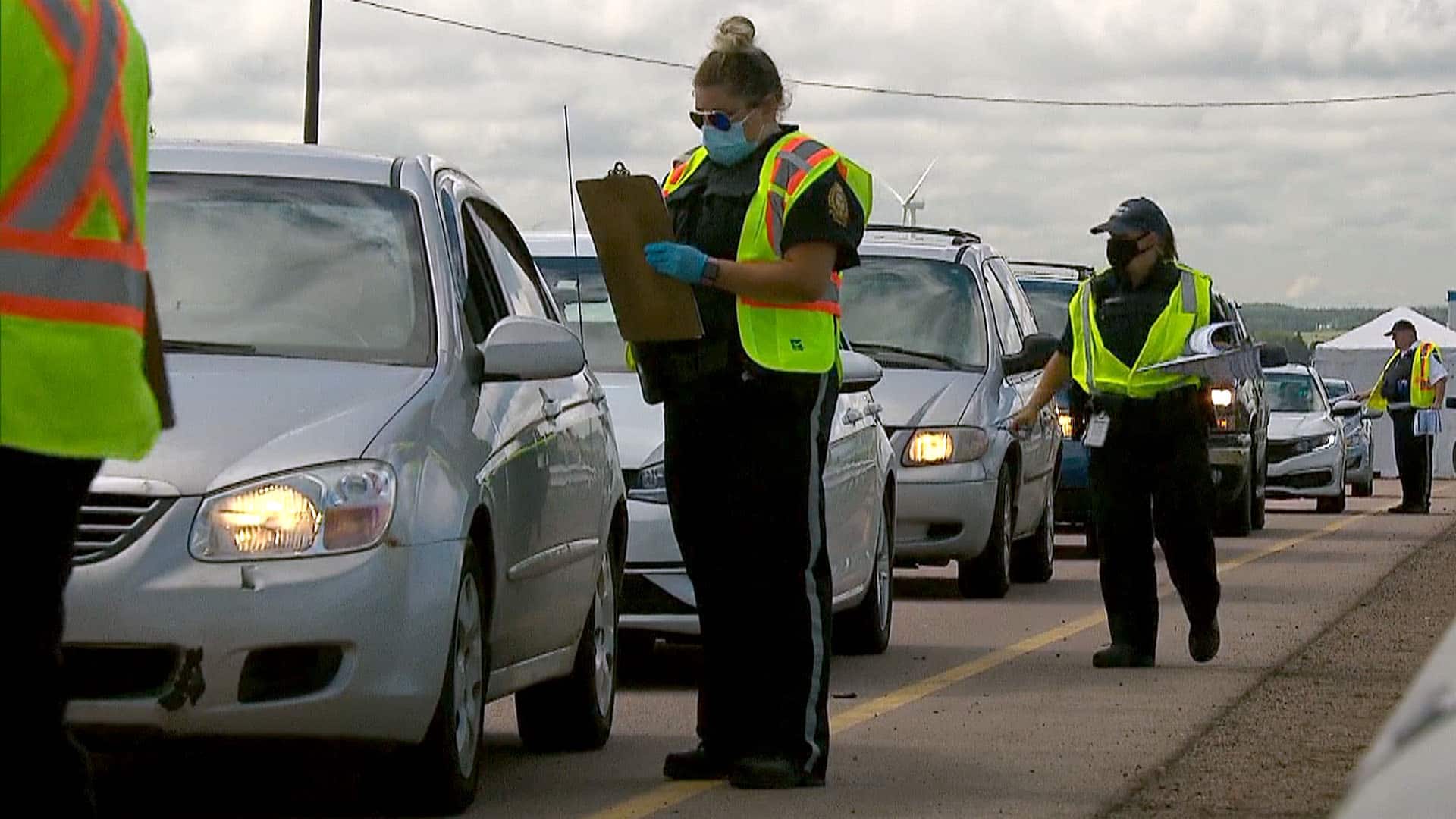 2 months agoVideo
3:48
The Atlantic bubble has burst. P.E.I. and Newfoundland and Labrador are pulling out of the bubble, which allowed nearly restriction-free travel in the region, as COVID-19 cases rise in New Brunswick and Nova Scotia. 3:48

Higgs said enforcing an isolation requirement for Nova Scotia would not be a good use of resources.

"We want to keep our resources deployed along our northern borders between New Brunswick and Quebec, and to enhance our activity along the border between Maine and New Brunswick," he said.

"We're aligned in containing this in Nova Scotia and in New Brunswick independently, and I think we're best served to ensure that we each follow our own protocols."

He said any New Brunswickers travelling to P.E.I. and Newfoundland and Labrador, including for work, should contact the government in the two provinces to see how the changes will affect them.

Higgs also said the change does not affect New Brunswickers coming home after working in P.E.I. or Newfoundland and Labrador.

While the New Brunswick-Nova Scotia border remains open, Higgs still urged New Brunswickers to avoid non-essential travel. That message was also in a news release from the Council of Atlantic Premiers on Monday morning, which advised caution while travelling within the Atlantic bubble.

The office of Premier Stephen McNeil confirmed Monday that travellers from all other Atlantic provinces can still enter Nova Scotia without quarantining.

with files from Alex Cooke