A collection of artwork by famed American photographer Annie Leibovitz is being donated to the Art Gallery of Nova Scotia as part of a permanent exhibition, including an iconic photograph of John Lennon and Yoko Ono taken just hours before Lennon was killed in December 1980. 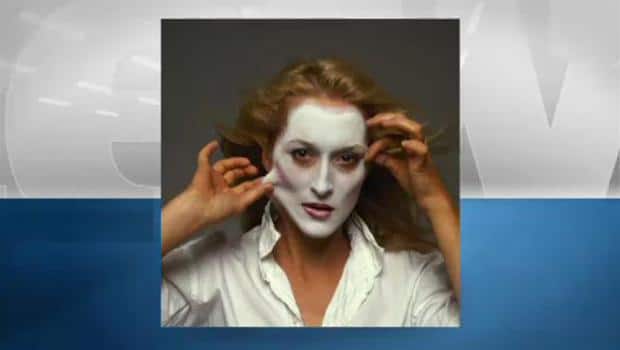 8 years agoVideo
3:39
Ray Cronin, the director of the Art Gallery of Nova Scotia, discusses the importance of the collection. 3:39

A collection of artwork by famed American photographer Annie Leibovitz is being donated to the Art Gallery of Nova Scotia as part of a permanent exhibition, including an iconic photograph of John Lennon and Yoko Ono taken just hours before Lennon was killed in December 1980.

The work by the celebrity portrait photographer was given to the Halifax gallery by the Al and Faye Mintz family of Toronto, the gallery announced Thursday.

The collection includes 2,070 images — 1,307 editioned prints and 763 vintage file prints — that were published in 10 books beginning in 1983. The exhibition will open in the fall.

Ray Cronin, director and CEO of the Art Gallery of Nova Scotia, thanked the Mintz family and called the donation "the single largest gift we've ever received."

"The gallery has been actively building its photography collection for the past 10 years," Cronin said.

"But this gift changes the gallery. It's transformative — this level of philanthropy is truly inspiring."

The gift will be known as Annie Leibovitz: Photographs from Her Books — A Gift of the Al and Faye Mintz Family, and include some of the 63-year-old's most iconic photographs, also including:

Leibovitz faced a massive debt several years ago that led to the sale of some of her vast collection, but she managed to avoid bankruptcy.

One of Leibovitz's stipulations for this collection was that it be displayed in a small gallery.

"We wanted to create an impact wherever it went," said Harley Mintz, Al and Faye Mintz's eldest son. He said the family intended to meet with several galleries, but made their choice after just one meeting with the Art Gallery of Nova Scotia.

"We talked about how they would display it, what the plans were, the government support for it, the impact it would have," he said. "We thought it would be a great fit."

No members of his family have lived in Halifax, but Mintz said he's travelled there several times on business and considers it to be a "great city."

Mintz said they acquired the collection as a tribute to his mother who died two years ago. Faye Mintz was passionate about photography, and in particular the work of Leibovitz.

"My mother thought every one of those photographs told a different story and that's what really enthralled her."

He placed the value of the collection at $20 million. It will be up to the gallery to determine how the work will be displayed.

Mintz said he, as well as Leibovitz, will attend the opening of the exhibit which will be sometime this fall.

For Ray Cronin, the director of the Art Gallery of Nova Scotia, this has been a tough secret to keep.

"I'm just thrilled to actually get to this point," he said. "This has been a long process. This isn't about going to the store and buying something you wanted."

The gallery has been hoping to move to a new location for a while, and Cronin said this generous gift might be the turning point to make that dream a reality.

"I think it's going to be a huge draw," he said. "Annie Leibovitz exhibitions break attendance records anywhere she shows them. It doesn't matter if that's Paris or Moscow or Washington, D.C. I think, in Halifax, I can't imagine we won't follow that trend."

The Art Gallery of Nova Scotia is the largest art museum in Atlantic Canada.