'We look at it as taking gardening to the next level,' says Paul Ferguson 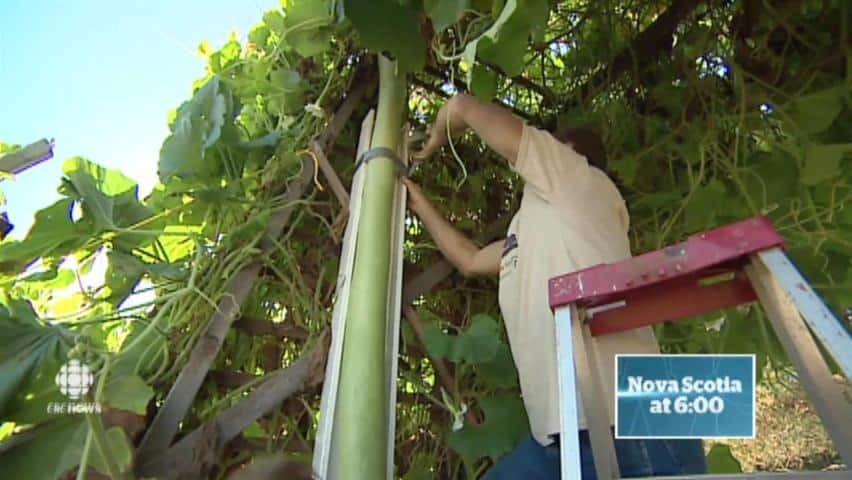 It's the Great Pumpkins

6 years ago
1:57
Some gourd-geous giant vegetables take centre stage in the Annapolis Valley this weekend. 1:57

Shirley and Fred Ansems will both compete. She's showing her giant watermelons, while he's bringing his big gourds.

"The bigger, the better," he said. Last year, his gourd set a new world record for length. This year, he's about 25 centimetres short of that mark.

He's keeping another crop of gourds for the Windsor weigh-off later this fall. He keeps them cosy in sleeping bags to improve their chances.

"We look at it as taking gardening to the next level," said Paul Ferguson, the president of AVGVG.

The weigh off will be held Friday evening and Saturday at the Glad Gardens Greenhouses and Farm Market near Waterville.