A Nova Scotia town councillor who admitted to using a racial slur in a pizza shop defiantly told a meeting Friday that he would "never, ever step down from anything." 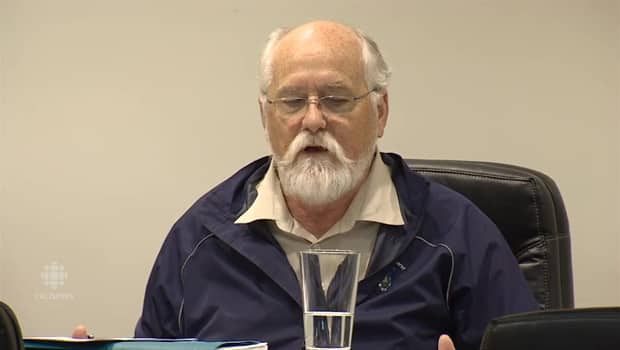 4 years agoVideo
1:26
Coun. George Baker describes criticism and support after admitting his use of a racial slur. 1:26

A Nova Scotia town councillor who admitted to using a racial slur in a pizza shop defiantly told a meeting Friday that he would "never, ever step down from anything."

George Baker, who is white, admits he said, "I'm not your n--ger" in July while working a side job delivering pizzas. He said the comment to staff at the pizza shop. 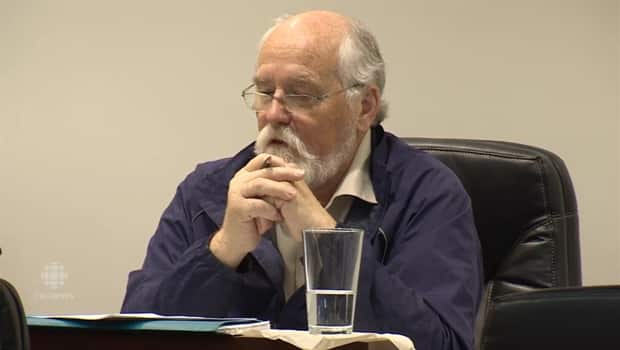 Amherst councillor explains why he used the N-word

4 years agoVideo
1:07
Coun. George Baker admits to using a racial slur in a pizza shop, and on Friday explained why. 1:07

Baker, a veteran councillor with the town of Amherst, is also a police board member who's running for mayor in the Oct. 15 municipal election.

'I've done everything except hang myself'

On Friday, he addressed the Amherst Board of Police Commissioners — the civilian body to which the Amherst Police Department is accountable — that had convened to discuss the complaints against him and how to apply their code of conduct to Baker.

"And yes, some people would like to see that happen. But guess what? I will never, ever step down from anything."

​The chair of the police board said earlier this month that it has three discipline options: a reprimand, a suspension or dismissal from the board of commissioners.

The matter was put over until Monday, at noon.

​Last month, Amherst town council decided not to reprimand Baker for the slur. Instead, they sent the matter to the police board, which has a member code of conduct policy.

Amherst resident Hal Davidson, who filed the formal complaint against Baker, said he wishes council had taken swifter corrective action to avoid the "cloud" now hanging over the town.

"The issue is about, for me, an elected official, who represents himself in public," Davidson said.

"Not everybody is the Grim Reaper. It's not a question of that. He's done a lot of good things around town, but there's a standard of accountability that has to come with an issue like this."

Davidson, who says he has no political aspiration, said it's unfortunate this has gone into election season. Nonetheless, he said he hopes corrective action will be taken.

"I think [Baker] was taking on more of the victim role as opposed to the individual who got this ball rolling, but you know, that's his right to represent himself, and for council to take that into consideration."

Baker said he's "been getting chewed out" for the past three months and his feelings have been hurt by the comments he's heard from people.

"I've got people running me down on Facebook. But I don't hold grudges against anyone. We're going to move forward," said Baker.

"There's nobody in this audience that hasn't said words they didn't mean."

He added that people have told him he'll never be mayor as a result of the slur.

With files from Brett Ruskin and Preston Mulligan