Lee Cohen, a Halifax-based immigration lawyer, estimates he's received a 25 per cent increase in calls from American citizens inquiring about immigration to Canada within the last six months.

With just hours to go before the United States presidential election, some Americans are thinking seriously about permanently moving to Canada. Especially if the election's outcome is a second term for President Donald Trump.

Lee Cohen, a Halifax-based immigration lawyer, estimates he's received a 25 per cent increase in calls from American citizens inquiring about immigration to Canada within the last six months.

"The overarching theme is absolutely Donald Trump, the current election, the generation of fear and divisiveness," he said.

Cohen received a spike in similar calls 20 years ago after George W. Bush was elected for his first term.

Back then, the calls were mostly people assessing the situation, figuring out the process of immigrating to Canada. But this time, Cohen said the tone is different. 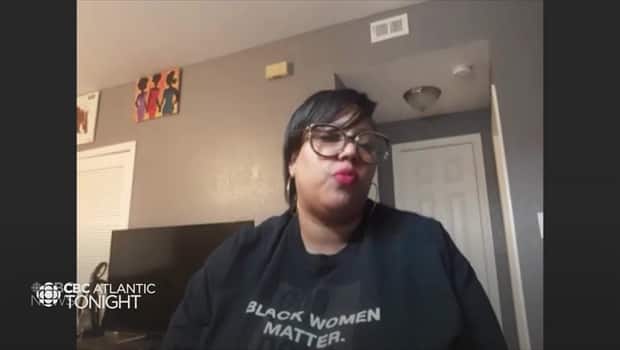 Americans consider moving to Canada as the U.S. goes to the polls

3 months agoVideo
2:06
Today is election day in the United States. And the prospect of four more years of Donald Trump has some Americans looking to move to Canada. Reporter Kayla Hounsell introduces us to one woman who says, even if she doesn't qualify for immigration, she plans to seek asylum. 2:06

"There's a genuine fear that the current president is a corrupted criminal."

Rosette Molnar, a health-care worker in Waterbury, Conn., said she's frightened at the thought of another four years under Trump.

"It scares me and it honestly makes me want to leave this country. If this is the America that I have to look forward to, I don't want to be here anymore," she said.

Molnar, who is Black, said racism in America is more prevalent than ever under the Trump administration because the president seems to "fan the flames" of racism instead of condemning it.

She said being Black in America is exhausting, especially when she turns on the news to learn about another Black person killed by police.

"I feel like Black people are an endangered species in America. I feel like we're being hunted," she said.

Molnar said the existence of the electoral college makes the country feel like a "dictatorship," citing how Hillary Clinton won the popular vote but ultimately lost the election to Trump in 2016.

"If they can make the decision … of who the next president is, then how is this a democracy? How are we free? How do our votes even matter?" she said.

Molnar has her sights set on Cape Breton. But it has nothing to do with the safety and security of the Atlantic bubble.

She came across a website called Cape Breton if Donald Trump Wins.

Rob Calabrese, a radio announcer in Cape Breton, created the website four years ago — as a joke — when Trump first ran for president.

It was a way to put Cape Breton on the map and attract immigrants to a part of Nova Scotia that has long suffered from population decline.

But with another election on the horizon, Calabrese said website traffic has been up in the past few months.

"It's mostly the descent of civility and the erosion of community — I'm paraphrasing a lot of different emails — but it's mostly a sense of they don't feel they're headed in a good direction," he said.

Molnar has done her research to find out whether she qualifies for immigration. Unfortunately, she doesn't.

Her only option is to get herself to the border — a six-hour drive from her home in Connecticut — and try to claim political asylum.

"And why I can't possibly live another four years under these conditions."

Cohen, who has been an immigration lawyer for more than 35 years, said it's a "long shot" that an American citizen would qualify for refugee status in Canada.

He said there are some unique scenarios where it might be possible, especially for Black and Indigenous Americans who have a "justifiable, subjective fear" of continuing to live in the U.S.

"If Trump gets re-elected, and if the things people fear become real, Americans claiming political asylum in Canada, as astonishing an idea as that is, becomes a more realistic scenario," he said.

Cohen said there's a sense that regardless of the outcome of Tuesday's election, the damage has been done and it will take years to walk it back.

Molnar agrees. She'll likely stay in the U.S. if Joe Biden is elected president, and hopes things will slowly return to the way they used to be.

"But if things continue, then I'll still be considering leaving no matter who the president is," she said.

With files from Kayla Hounsell