People in Pictou County marked a sad anniversary as a monument for murder victim Amber Kirwan was unveiled on the Samson Trail near New Glasgow on Tuesday.

19-year-old vanished from New Glasgow one year ago 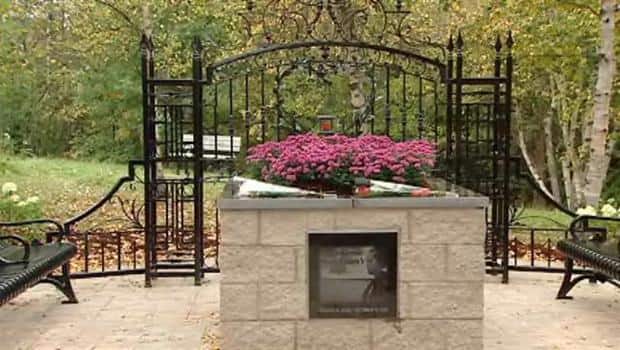 8 years agoVideo
1:57
A memorial for murder victim Amber Kirwan was unveiled in Pictou County on Tuesday. 1:57

People in Pictou County marked a sad anniversary as a monument for murder victim Amber Kirwan was unveiled on the Samson Trail near New Glasgow on Tuesday.

"You don't meet many people like Amber in your lifetime," said Katelyn Taplin, Kirwan's childhood friend.

"She was just understanding, she wasn't judgmental towards anybody. She was just so loving towards everybody."

Dozens of volunteers donated the materials and labour needed for the project. They worked for months to prepare the tribute to Kirwan, who was last seen on Oct. 9, 2011.

The 19-year-old vanished after a night out with friends in New Glasgow. On Nov. 5, her remains were found in a wooded area off Heathbell Road, about a half-hour drive from the pool hall where she was last seen.

Her memorial is dedicated to all victims of violence.

Mariea Leil-Bowser, a friend of the family, has been leading the effort.

"She'll never be forgotten," she said.

"I hope they're going to come away with happy thoughts, with cautious thoughts and it's going to be a sad day because it's also going to remind a lot of people what did happen in our little town of Pictou County."

"It's just very, very scary and so hard too, because Amber was just like a daughter to me as well."