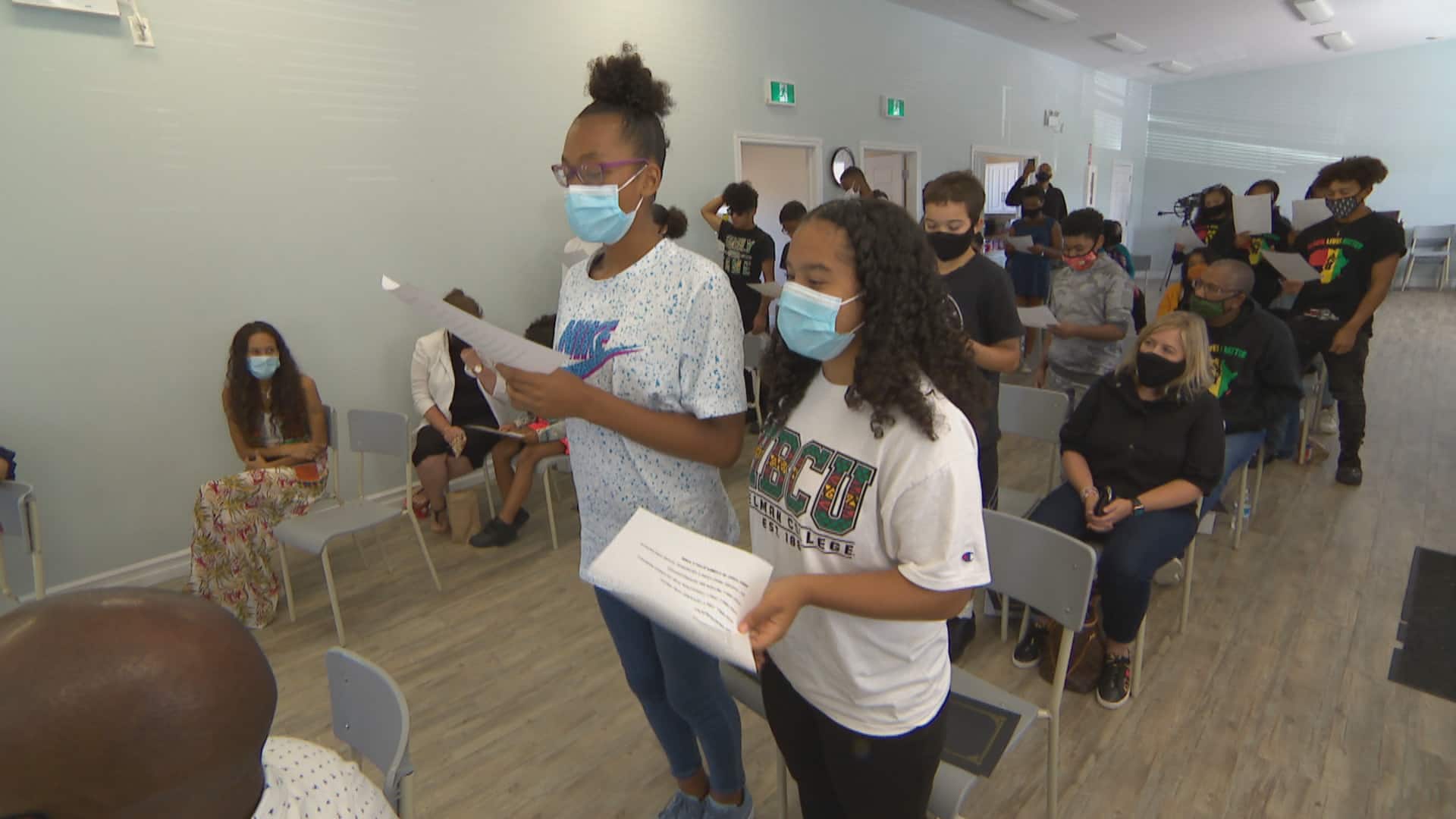 3 months agoVideo
2:17
The program teaches young Nova Scotians between ages 12 and 17 about Black history, culture and leadership. It launched earlier in August and was inspired by the Chicago Freedom School and the momentum of the Black Lives Matter movement. 2:17

The program teaches young Nova Scotians between 12 and 17 about Black history, culture and leadership. It launched earlier in August and was inspired by the Chicago Freedom School and the momentum of the Black Lives Matter movement in the wake of George Floyd's death.

"It was the one opportunity that these students would have had to have all Black instructors, people that shared a similar culture and a curriculum that was centred around them. This doesn't happen in the mainstream," said Wendie Wilson, one of the program's co-founders.

There were four weeks of online classes every Tuesday and Thursday afternoon. The classes were led by nine Black educators. Topics included defunding the police, Black Nova Scotian culture, leadership and activism.

"We wanted very much to prepare our students to return to school in the fall with language, with confidence and with a real global context, as well as a local context, given the times we're living in," said Rachel Zellars, a lawyer and another co-founder of the school.

"They educated us on things you don't typically learn in school and gave us that extra step in learning those things," she said. "It's always good to learn things that you do learn in school, but by someone who looks like you because you think, 'Oh yeah, I can be that one day too.'"

"You just feel like you're welcome because you're surrounded by a lot of Black people, Black educators who know a lot about your history. And it's really nice to have that," she said.

As a graduation gift, each student was given a box curated with products from local Black-owned businesses. Students were then encouraged to decorate their boxes to show what freedom means to them.

Regular schools reopen next month and educators at the freedom school are already talking about how to move their program forward, whether it's with online workshops or a weeklong program during spring break.

"But we're gonna get ready. We're ready because this thing will grow. It's necessary, it's needed and we'll keep it moving," Zellars said.

With files from Brooklyn Currie