Advance voting up for Halifax election despite glitches

The municipality says 50 per cent more people have voted in advance compared to the same period last election.

Advance voting for the Halifax municipal election is up significantly this year compared to the same period during the 2016 election, but some people are running into glitches when trying to vote online.

Anyone who received a voting registration card containing a password in the mail can cast their ballot over the internet. The only other information needed is a birthdate.

But Jenna Abadi, who works on a computer all day, said trying to vote online has been an exercise in frustration.

"It sucks, to be honest, because every vote matters," Abadi said.

Abadi complained to the municipality over Twitter and quickly saw other people were running into similar problems. They were told to call a hotline.

"They gave me until Friday to get the email. They're going to email me a new pin ... I hope it'll work this time. But if it doesn't work, then I'll have to call them back," Abadi said.

There are other issues, too. Another person reported receiving identical voter cards with two different passwords.

Peter Counter, an expert in biometrics security, was able to vote with ease Wednesday afternoon. But he said the process was a little too easy.

Counter said the Halifax voting software uses the lowest level of security. He pointed out mail could be stolen and birthdates are practically public in the age of social media.

"It's a little bit alarming how much it's based on shared secrets, which in the authentication world is about the lowest tier of authentication you can have," Counter said.

Halifax reported more than 18,000 ballots had been cast as of Wednesday morning. For the same period during the 2016 election, there were just over 8,000.

Sherryll Murphy, the returning officer for the election, said Halifax has not had any reported cases of fraud in previous elections.

Murphy told CBC Nova Scotia News at Six she wasn't aware about the person who received identical voter cards with two different pin numbers. She said if that happens, to call 902-490-8683 to deactivate one of the pins.

"That's the ethical thing to do," she said.

E-voting has been in place for municipal elections since 2004. Election officials say they hope more people will take advantage of the option this year because of the COVID-19 pandemic.

It "helps us mitigate the chances of spreading COVID," Murphy said.

Another advantage to voting early is the vote results will come in faster, she noted.

"There's no counting involved there. It's not dependent upon people. It's a matter of pushing some buttons and sending out a report and me signing it and then we will have our results from the online and telephone voting," she said. 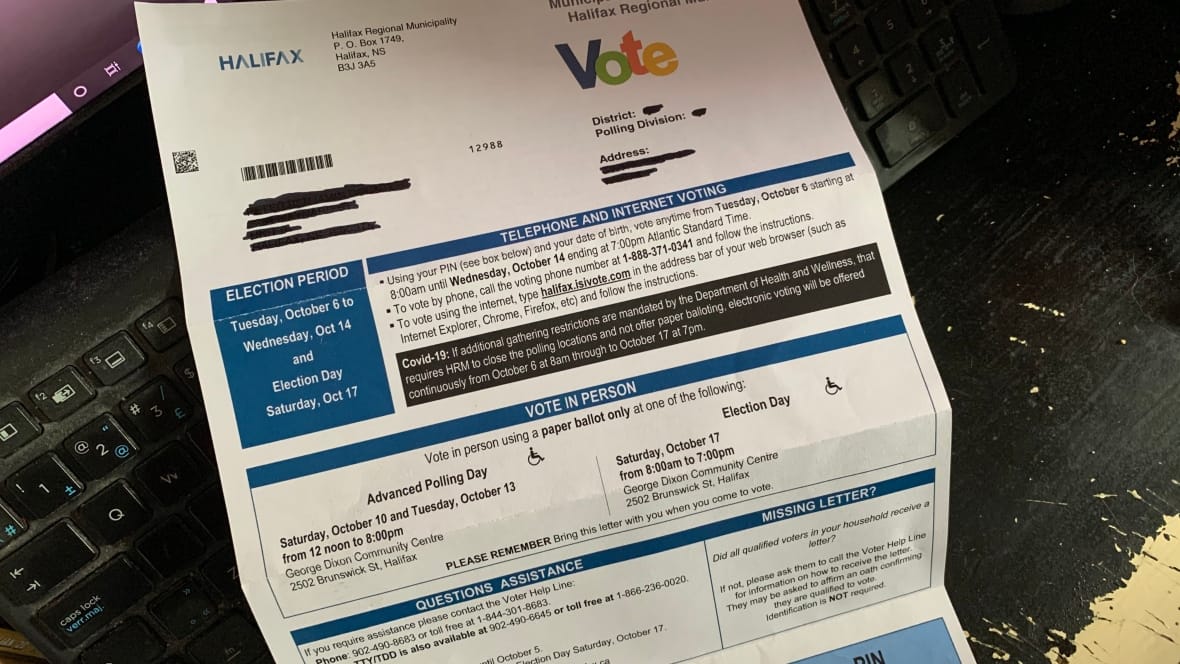 Advanced voting up for Halifax election, despite glitches

With files from Elizabeth Chiu and Amy Smith